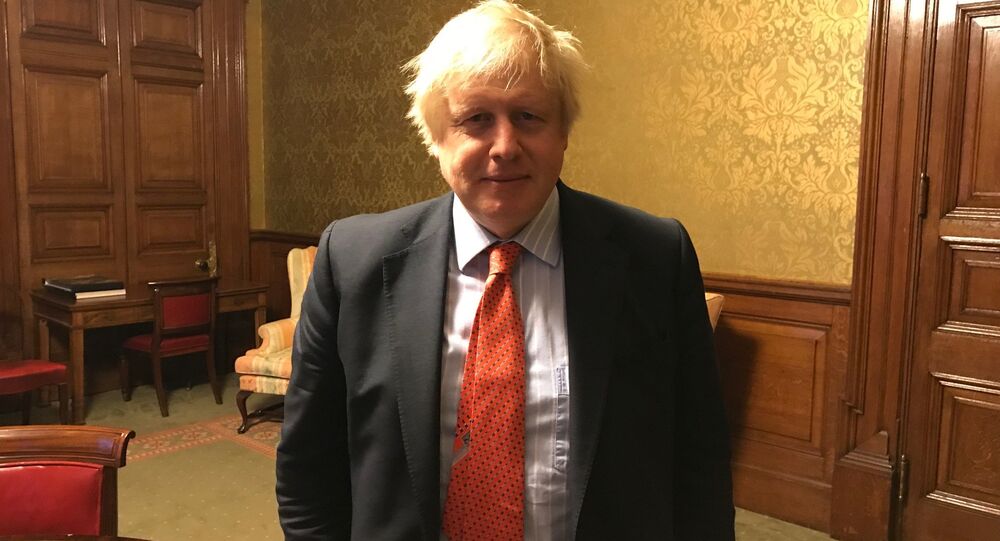 MOSCOW (Sputnik) - UK Foreign Secretary Boris Johnson on Monday expressed concern over the recent findings of the UN Panel of Experts on Yemen showing that weapons had been supplied to the country even after the introduction of an arms embargo.

"I am deeply concerned by the findings of the UN Panel of Experts on Yemen that missiles and related military equipment of Iranian origin were introduced into Yemen after the imposition of the targeted arms embargo," UK Foreign Secretary Boris Johnson said in a statement as quoted by the UK governmental press service.

The UK politician said that Iran should "cease activity" that could result in an escalation of tensions in the region, adding that all the parties to the conflict should respect international law and human rights.

In January, the Panel of Experts on Yemen prepared a report on the situation in the crisis-torn nation. According to the report, Iran "failed to take the necessary measures to prevent the direct or indirect supply, sale or transfer" of weapons to Yemen violating Resolution 2216 adopted by the UN Security Council (UNSC).

Iran insists on having its nuclear work intended only for peaceful purposes, stressing out that there is nothing that prevents Iran and Saudi Arabia from working together for the improvement of the situation not only in Iraq but also in Syria, Yemen, Lebanon, Bahrain.

Yemen has been engulfed in a violent conflict between the government headed by President Abd Rabbuh Mansur Hadi and the Houthi movement, also known as Ansar Allah. Since March 2015, the Saudi-led coalition of mostly Persian Gulf countries has been carrying out airstrikes against the Houthis at Hadi's request.

In 2015, the UNSC adopted Resolution 2216, in which it decided to immediately take steps to prevent sales or other supplies of weapons to the Houthis and their allies.