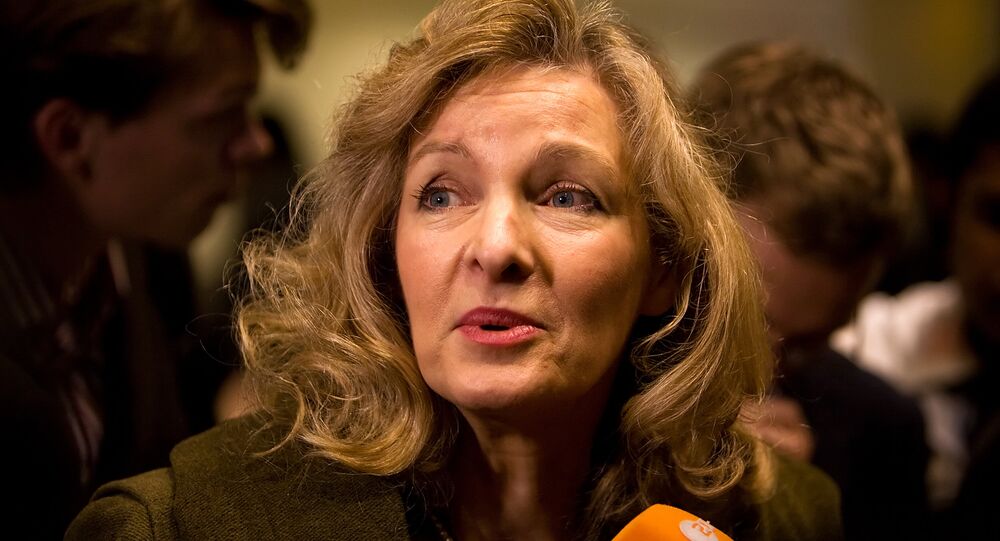 A former model and socialite, an Australian-born British national is being investigated for remarks made at a far-right rally in Dresden. Videos posted online show Lady Michele Renouf saying the only Holocaust perpetrated in Europe was against German civilians.

Denying the Holocaust in publicly made statements is a criminal offense in Germany and according to the Dresden police spokesperson, the rally on February 17 was dissolved when it was determined two speakers had broken the law.

Former Miss Newcastle & Hunter Valley, Michele Renouf has previously called Judaism a "repugnant and hateful religion" and has been a supporter of Holocaust deniers, such as author David Irving.

During the Dresden rally, marking the World War II bombing on February 13 and 14, 1945, Lady Renouf spoke about the Anglo-American attack on the city that killed up to 25,000 civilians.

"There were important people in England who opposed the terror bombing. There were British people who opposed it. We were not all evil," she told the rally participants.

Later in her speech she made anti-Jewish and anti-refugee remarks, saying:

"These refugees and economic immigrants want to come to our countries so clearly must be able to do something valuable; otherwise why aren't we immigrating to their countries?… Hello, white pride!"

Lady Renouf's second marriage was to Sir Frank Renouf, a wealthy banker and entrepreneur from New Zealand, who spent four years as a prisoner of war in Germany during World War II.

Her interest in the matter reportedly began in 1997 when Lady Renouf was organizing a dinner for the reconstruction of William Shakespeare's Globe Theatre, when a Jewish committee member complained about having suckling pig on the menu. The former beauty queen's memory of the event has been later disproved.

In a 2009 interview Lady Renouf explained her vision, saying "our concern is not Holocaust denial, but debate denial. People should have the freedom to question the accepted view of what happened. That questioning is part of our culture."

About 200 participants were present at the Dresden rally.