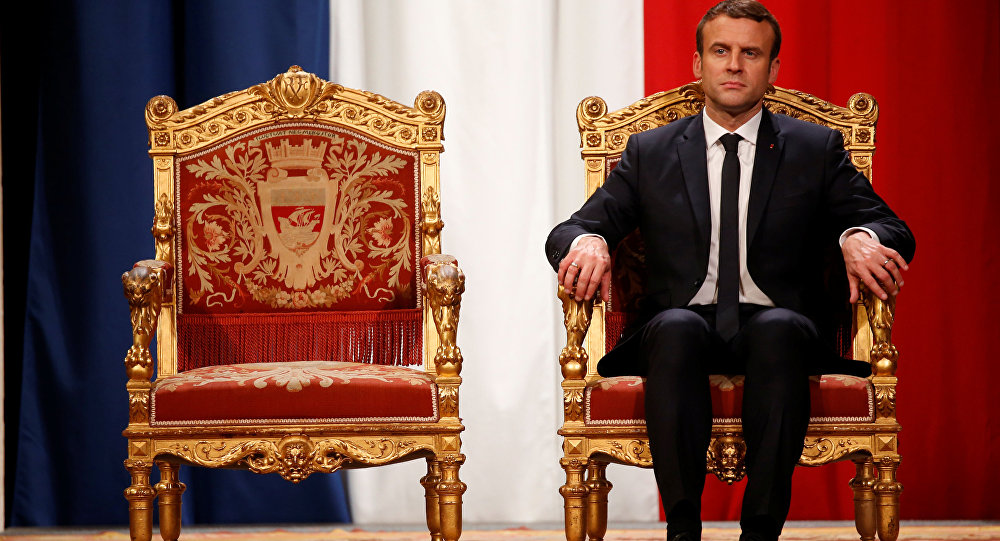 'Imperialist' Approach: Macron Slammed Over 'Having a Hold Over Ex-Colonies'

While the country has announced a “crusade” against invasive English terms in a bid to render the French language pure, some Francophones are not as impressed by the policy, approved by President Emmanuel Macron.

Alain Mabanckou, the Congolese novelist hailed as one of the world’s best writers in French, claimed that it was indispensable to revise “la Francophonie,” the club of French-speaking countries, as it had become an instrument of French imperialistic ambitions.

He has also cast doubts on President Macron’s global plans to make French “the number one language in Africa and maybe even the world.”

“It is not – and it has never been – the great common melting pot that would ensure cultural freedom and courteous exchange. Today it is one of the last instruments that allow France to say it can still dominate the world, still have a hold over its former colonies,” Mabanckou told The Guardian.

Macron announced his plans to make French great again during his visit to Burkina Faso, while delivering a speech at the University of Ouagadougou, which he probably believed would appeal to young Africans.

“And with the help of several African intellectuals such as Alain Mabanckou, I want her [Hélène Carrère d’Encausse, the Perpetual Secretary of the Académie française] to think of a new project for Francophonie in order to make it a tool for cultural outreach for African creation, an instrument for economic integration,” the French President said.

In response to Macron’s eloquent speech, Mabanckou wrote an open letter to him, refusing to work on the President’s ambitious plan to boost the French-speaking community. Since then, other prominent figures such as Achille Mbembe, a Cameroonian philosopher, joined Mabanckou in lambasting France’s “imperialist” approach.

During the 2018 Atlantide world literary festival, the Congolese novelist outlined his solution for the current Francophone club that “serves as a reminder of colonial domination;” his views were that it was essential to establish a new partnership in the French-speaking world led by writers, civil society and artists, a new world where no one would be seen as “foreign.”

French is ranked the sixth most widely spoken language after Mandarin Chinese, English, Hindi, Spanish and Arabic. Currently there are over 220 million French speakers worldwide.