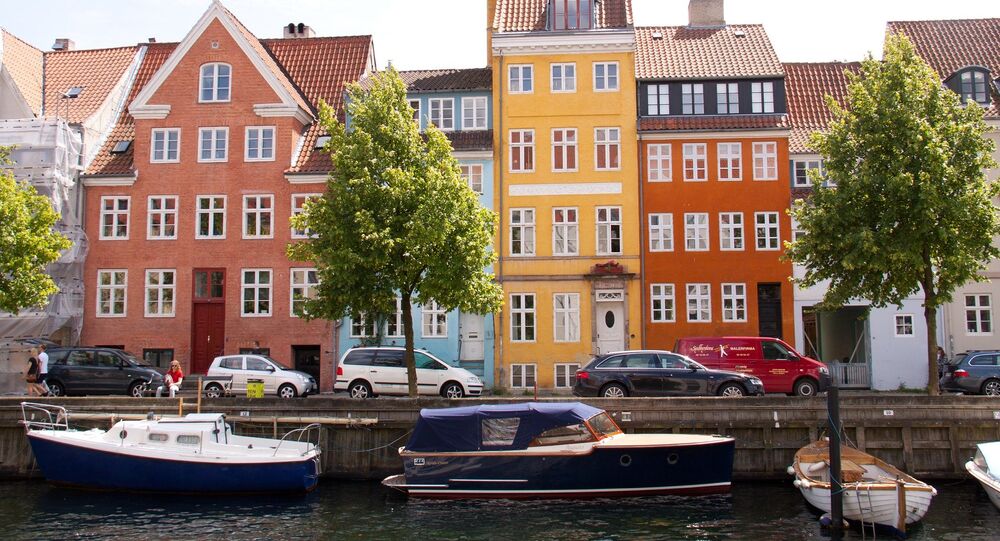 "Our goal is that Denmark does not end up like Sweden," a Danish Liberal politician said in an interview with Swedish television, warning of a neighbor nation that is beginning to resemble the Middle East.

While the Nordic nations Denmark and Sweden often side with each other on many issues, they are worlds apart on others. This is best illustrated by Danish Liberal Politician Mads Fuglede who indeed minced no words as he slammed his Swedish sister party for being over-lenient on the asylum question and used his northern neighbor in general as a boogeyman in an interview with the Swedish national broadcaster SVT.

While the interview almost exclusively revolved around Denmark's tougher immigration policy, Fuglede made it clear that his party would like to reduce immigration specifically from the Middle East, as "too many people" coming from that area were "living on welfare in parallel societies." In doing that, Fuglede referred to Sweden, which, he argued, was increasingly becoming like a country in the Middle East.

"The goal is that Denmark doesn't become like Sweden. We want to see a tightening in a number of areas to reduce the number of asylum seekers. We know that austerity helps and that the numbers are key. We are pushing in a broad front to make seeking asylum in Denmark less attractive," Fuglede explained.

© AFP 2021 / ANDREAS HILLERGREN / SCANPIX SWEDEN
'Glad I'm not Working There': Danish Police Mock Swedish Rape Investigations
The Danish politician ventured a comparison between the two Nordic nations' immigration policies. While Denmark has received about 170,000 immigrants since 1995, Sweden has taken in about 1 million asylum seekers over the same period, he stressed. In 2015 alone, Sweden received 163,000 immigrants, which is about as much as Denmark has over the past two decades.

While arguing that the toughening of immigration routines will target, among others, the Middle East, Fuglede explained, pointing out the cultural differences in the treatment of women and organized crime following the immigration trail as some of the key problems associated with this issue.

When confronted by SVT journalists for "generalizing," Fuglede argued that "statistics weren't lying," emphasizing the fact that Denmark, unlike Sweden, was keeping records regarding the nationality of culprits. Fuglede also argued this was a "major problem that must be taken seriously" for Danish society to remain as it is.

"We do not want Denmark to be more like the Middle East. We want it to remain Danish. In Sweden, it seems that you are heading in the opposite direction," Fuglede argued.

Denmark's Liberal Party is currently at the helm of the nation, leading the "blue" bloc and is known for having produced a number of political luminaries, including Anders Fogh Rasmussen, former NATO Secretary General and Danish Prime Minister. In the 2015 general election, it finished with over 19 percent of the vote.

Sweden's Liberal Party is currently in opposition after being part of the ruling "blue" alliance under Conservative Prime Minister Fredrik Reinfeldt (2006-2014). In the 2014 general election, the Liberals became Sweden's seventh-largest party.