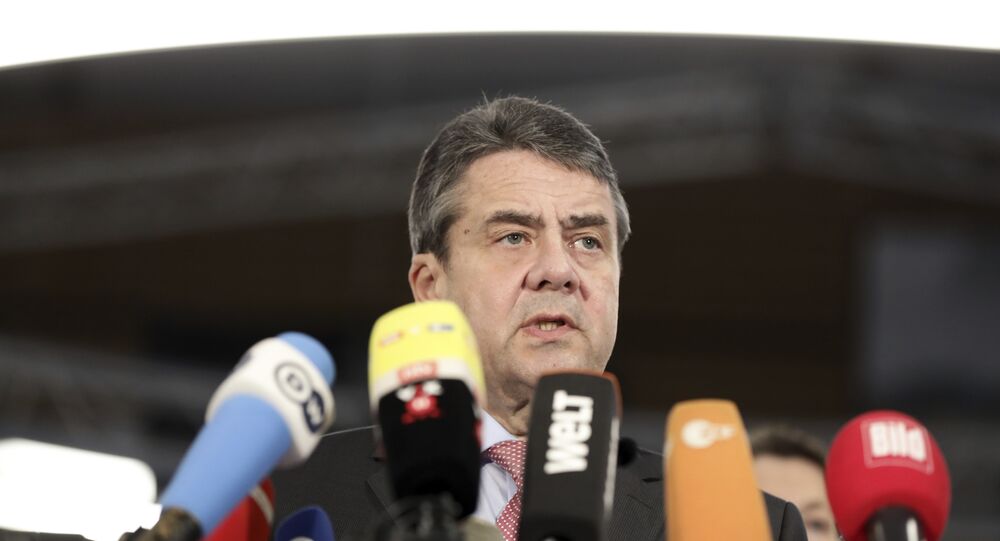 “We no longer recognize our America,” stated the German Foreign Minister on Saturday, suggesting that Washington is using a new and unfamiliar diplomatic playbook in Europe.

German Foreign Minister Sigmar Gabriel acknowledged during Saturday‘s Munich Security Conference that Berlin has, since World War II, benefited more from US assistance than any other European country, but decried the current ‘America First' foreign policy of US President Donald Trump and his cabinet.

Gabriel noted that historically, Germany "eagerly learned" from the US about Washington-style democracy, including its business-friendly deregulated trade regimes and strong-arm tactics using favorable international laws, but he nonetheless complained, "Is it deeds, is it words, is it tweets we should look at to measure America?" cited by the Associated Press.

The top German diplomat asked for improved cooperation between the US and the EU, and stated that "just pursuing individual national interests" is not appropriate at this moment in history.

Gabriel suggested that Washington had done an about face from its previous EU-friendly diplomacy, approaching a more adversarial foreign-policy approach that was "constantly trying to test or undermine" the economic bloc.

"It is one thing from possible rivals or competitors, but from our friends and partners we expect that they will respect the unity of the EU," Gabriel insisted, cited by AP.

"No one should try to divide the EU, not Russia, not China, but also not the United States," he added.

The 58-year-old top foreign policy official — who is also the Vice-Chancellor of Germany — noted that the European Union needs Washington if it intends to "shape the future and not just endure," adding that, "our strength in Europe is not sufficient for this."

"Neither the EU nor the US can go it alone," Gabriel declared, "we have to count on our friends and our partners."

The Trump appointee assured the German diplomat of continuing support for the EU in Washington but hinted darkly at additional "shared burdens" for which US allies must "must all share responsibility.

'I Will Fight for EU Renewal as Foreign Minister' - Germany's Schulz