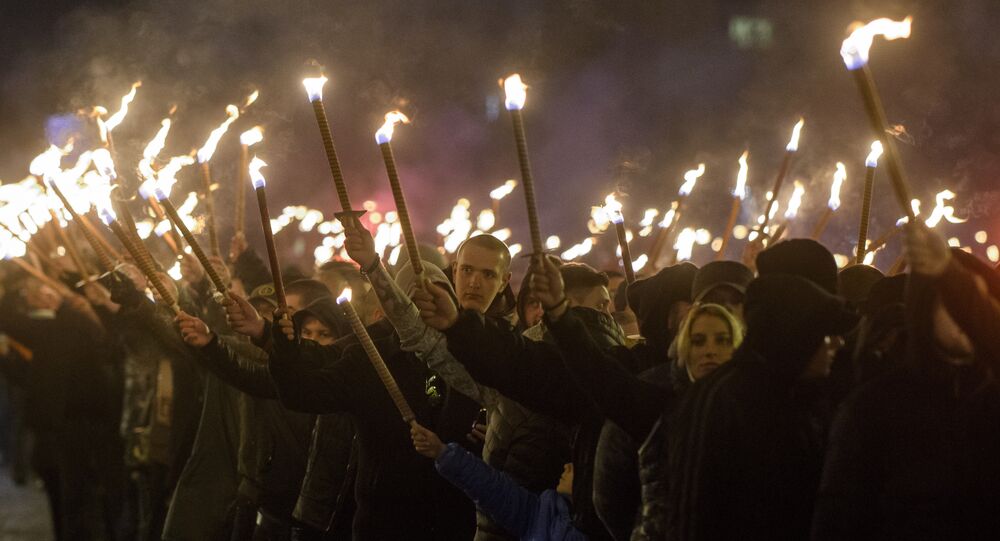 Hundreds of young people wearing dark clothes and carrying torches have marched through the streets of the Bulgarian capital of Sofia to pay tribute to General Hristo Lukov, who served as war minister in the country in 1935-1938.

The march, which stirred controversy in local media, has ended in laying wreaths near the house of Lukov who was known for fostering Bulgaria’s ties with the Third Reich and limiting the rights of local Jewish communities.

The event was also attended by right-wing activists from the European countries, such as Germany, Sweden, Hungary and Estonia. They called Lukov a “Bulgarian war hero.”

The World Jewish Congress, that states it represents Jewish communities in some 100 countries, has slammed the march, saying that thousands of Jews were either killed or deported with Lukov's support in Bulgaria during the Holocaust.

In the run-up to the procession, several hundred counter-protesters staged their demonstration in the central Sofia under the motto “No Nazis on the streets.” A heavy police presence was on hand to prevent clashes.