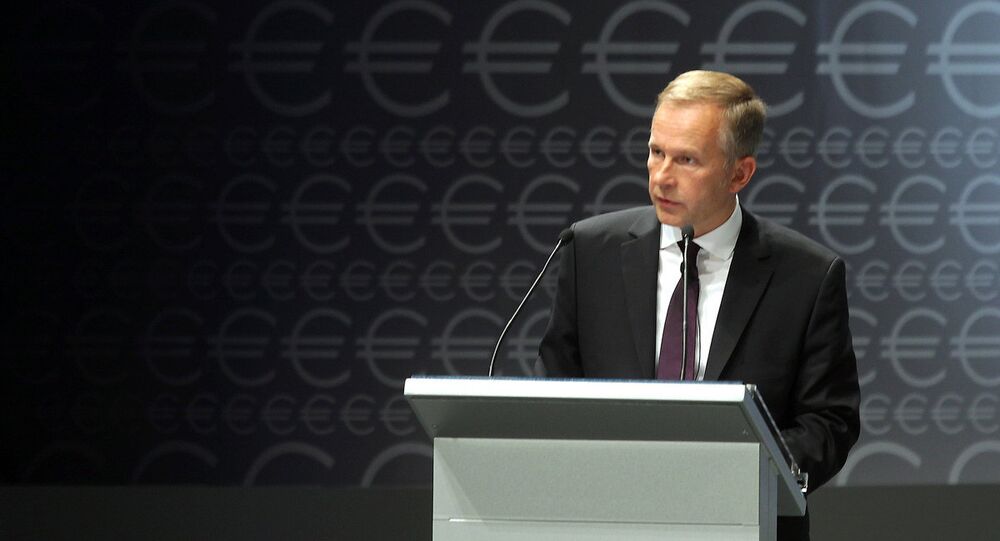 RIGA (Sputnik) - Ilmars Rimsevics, the governor of Latvia’s Central Bank, is currently held at the Corruption Prevention and Combatting Bureau of Latvia (KNAB), where he has already spent seven hours, amid the ongoing investigation into allegations of corruption, Sputnik correspondent reported on Sunday.

Rimsevics arrived at KNAB’s office around 18:00 local time on Saturday (16:00 GMT) and has been held at the office for over eight hours since then.

On Friday, the Latvian authorities searched Rimsevics’s office and home, while the governor’s alleged accomplice, businessman Maris Martinsons, was arrested.

© Photo : Wikipedia/Xil
Latvia Creating Common Information System for Country's Law Enforcement Agencies
KNAB is looking into allegations that an organized criminal group is operating in Latvia, whose members, using their official positions and political influence, have extorted bribes, in particular from credit institutions, according to the Diena media outlet.

"The issue of situation in the Latvian banking sector will be discussed by the National Security Council next week,” Vejonis wrote on Twitter late on Saturday.