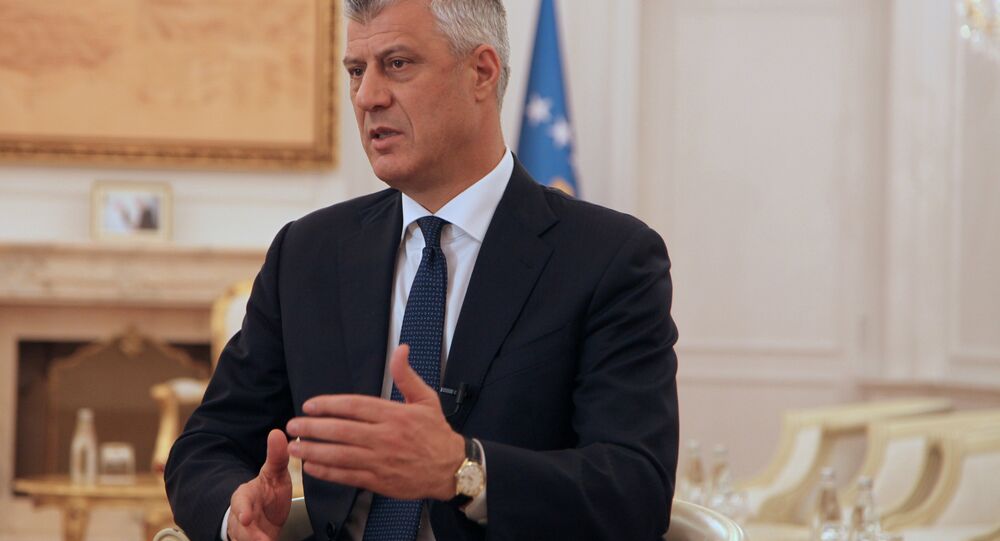 BELGRADE (Sputnik) – Montenegrin President Filip Vujanovic and President of the self-proclaimed Republic of Kosovo Hashim Thaci have signed a joint statement urging the parliament in Pristina to ratify a border deal struck back in 2015, the Montenegrin president’s press service said on Friday.

"Presidents Filip Vujanovic and Hashim Thaci met in Podgorica … to urge the Kosovar parliament to ratify an agreement on the state border between Montenegro and Kosovo, signed in Vienna on August 26, 2015," the press service said in a statement.

The parties signed a joint statement, envisaging that a working group on the border demarcation will be established after the Kosovar parliament ratifies the agreement, the press service said.

© Flickr / Agon Syla
Quasi-State: Kosovo is Europe's Blind Zone - Economist
According to the press release, the document enables the group to review and adjust certain border sectors, if necessary, which means a change in Podgorica’s stance that earlier ruled out such a possibility.

Kosovo's Prime Minister Ramush Haradinaj, who was considered to be the main opponent of the border deal, hailed the outcome of the meeting.

"I am happy that on the anniversary of Kosovo’s independence an agreement on an annex on [the border correction] and [subsequent] ratification of the demarcation [deal] with Montenegro was reached," Haradinaj wrote on Facebook.

Haradinaj’s Alliance for the Future of Kosovo, which is part of the ruling coalition, has repeatedly said that that during the demarcation the neighboring country arrogated 8,000 hectares of Kosovo’s territory.

As a result, previous attempts to ratify the deal have triggered clashes, with lawmakers dispersing tear gas in parliament and angry protesters taking to the streets.