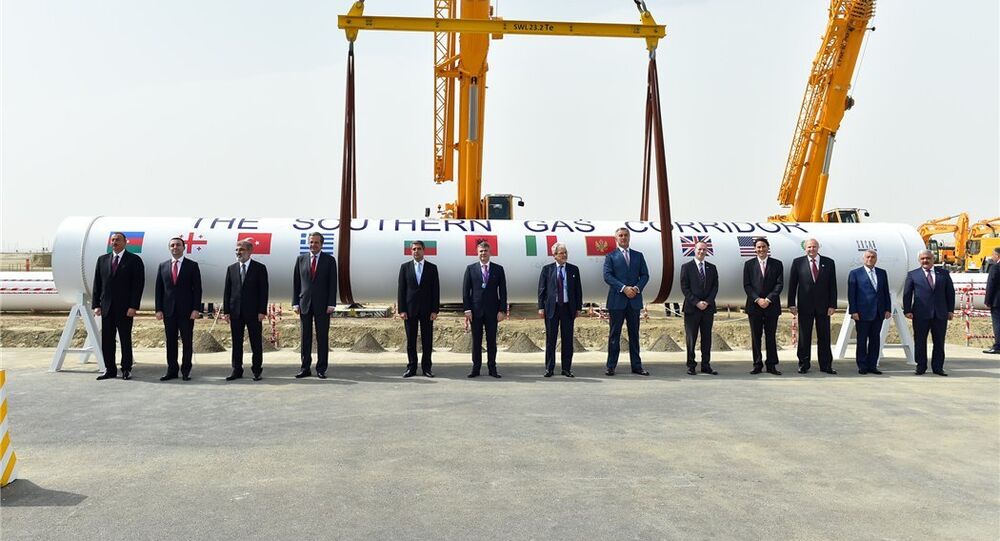 The project interested many countries, in particular, Romania expressed interest in participating in this project, Sefcovic said at the Southern Gas Corridor advisory council meeting in Baku.

In May 2017, US President Donald Trump said that Washington remained strongly committed to the implementation of the Southern Gas Corridor project and welcomed Azerbaijan's role in ensuring global energy security, including the development and exportation of energy resources from the Caspian region. The project is believed to enhance the diversity of the EU’s energy supply by bringing gas from the Caspian region to Europe.

© Sputnik / Sergey Krasnouhov
Analyst Explains Why US Giving Green Light to Second Batch of Russian LNG
Southern Gas Corridor will connect the Shah Deniz gas field in Azerbaijan with Europe, bringing up to 10 billion cubic meters of gas to the European Union from the Caspian region, the Middle East and the Eastern Mediterranean. The corridor will run from Azerbaijan to Turkey, through Greece, Albania, and deep under the Adriatic Sea to southern Italy.