LONDON (Sputnik) - The UK’s minister for cybersecurity on Thursday attributed the blame for last June’s cyberattack on governments and businesses in Europe on Russia, despite providing no evidence.

"The UK Government judges that the Russian Government, specifically the Russian military, was responsible for the destructive NotPetya cyber-attack of June 2017," Foreign Office’s Tariq Ahmad said. 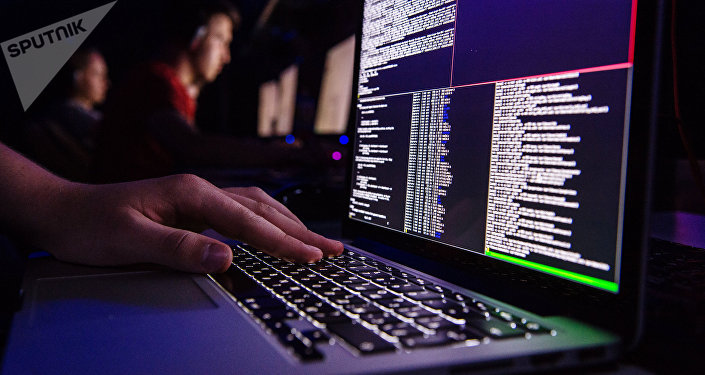 © Sputnik / Alexey Malgavko
Malware Targeting Servers of Olympics Roughly Similar to BadRabbit - Report
The ministry argued in the statement that the malicious attack had only masqueraded as a criminal enterprise but its purpose was principally to disrupt. It costs hundreds of millions of pounds to organizations across Europe.

The UK’s National Cyber Security Centre has claimed that the Russian military appears to be behind the disruptive cyberattack. The Foreign Office’s accusations are the latest claims of Russian state involvement in cyberattacks in Europe that Moscow regards as unfounded.

Petya or NotPetya, also known as BadRabbit, is the malware that attacked information systems in a number of countries in October 2017. According to the the Kaspersky Lab cybersecurity experts, Badrabbit has hit over 200 data hubs across the world, with the majority of the targets in Russia.

© Sputnik / Kirill Kallinikov
Russian Central Bank Registered Attack By BadRabbit Malware
Last week, the network of the organizers of the Pyeongchang 2018 Winter Olympics had been also reportedly attacked during the opening ceremony.

According to the report of the Cisco Talos cyberthreat intelligence team, the samples of the code that allegedly infected the network of the 2018 Olympics during the ceremony had several similarities to such malware as NotPetya.

However, despite UK's claims of Moscow's responsibility for alleged cyberattacks in June, independent world renowned cybersecurity experts and watchdogs point out that Russian servers were under the cyber siege among the first.

Mine It to the Limit! New Malware Turns Android Devices Into Crypto-Slaves