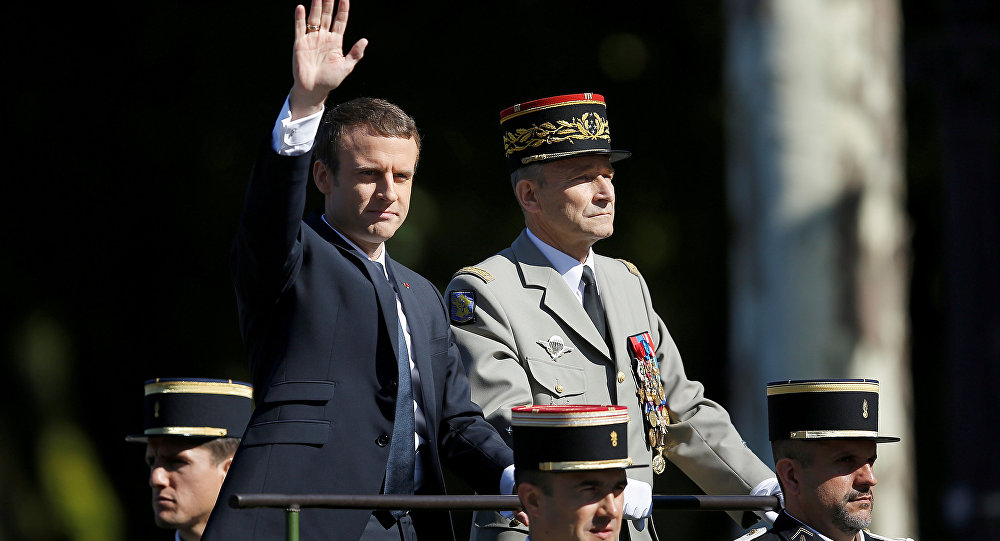 While the French leader came into office with a large electoral mandate, largely because of opposition to National Front’s Marine Le Pen, and initially won a “super-majority” in the country’s Parliament, Mr. Macron’s agenda is yet to receive broad public approval.

French president Emmanuel Macron has thrown his weight behind the reintroduction of compulsory national service in the armed forces in a move that may prove highly controversial. The declared objective of the policy, which was a feature of Mr. Macron's presidential bid, is designed to promote "social cohesion" and patriotism.

The policy has elicited generally negative reactions on social media, with many users pointing out that France abolished compulsory military service in order to improve the social climate in the country which had become increasingly polarized. Conscription was abolished in France in 2001. President Macron himself has not undergone military service as the practice ended just he reached adulthood.

Seems like a lot of effort and expense for a one month commitment. https://t.co/oWsWQXElmd

​The exact position of the government itself has been unclear, as a presidential spokesman suggested that national service would not necessarily be compulsory or could be civil rather than military in nature.

French society has become increasingly militarized since the Paris terrorist attacks of November 2015 which saw the institution of a state of emergency legalizing invasive surveillance as well as the routine presence of thousands of soldiers on the streets of French cities. The state of emergency ended in October 2017 but many of the powers it authorized were signed permanently into law by President Macron.

Throughout much of his first year in office, French politics have been dominated by Mr. Macron's attempts to force through wide-ranging labor laws making it significantly easier for employers to sack workers. The reforms, which ultimately passed successfully, generated extremely large protest movements around the country, which has been saddled with increasingly high youth unemployment since the 2008 Global Financial and Eurozone crises.