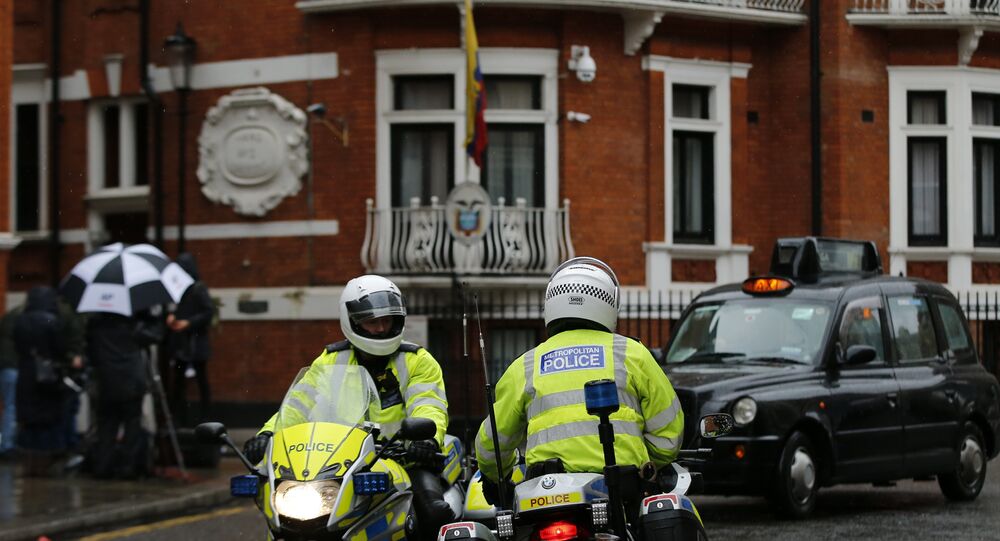 Julian Assange will continue to face detention if he leaves the Ecuadorian embassy in London after a British judge's decision to uphold a warrant for his arrest.

A British judge has left unchanged an arrest warrant for WikiLeaks founder Julian Assange, who has spent more than five years trapped inside Ecuador's London embassy.

Commenting on the UK court decision, Assange stated, that it may be appealed within 3 months, saying that there have been "significant factual errors in the judgment".

"Defendants on bail up and down the country, and requested persons facing extradition come to court to face the consequences of their own choices. He should have the courage to do the same. It is certainly not against the public interest to proceed.", Judge Emma Arbuthnot stated.

She considered evidence on Mr. Assange's health and other evidence presented at a previous hearing last week.

Pulling security to get me safely on the balcony six times in six years for a few minutes turns into this: https://t.co/Y46PVZ9C5x

Judge Arbuthnot said she finds "arrest is a proportionate response" to Assange's actions.

Gasps in public gallery as judge says Assange can ‘leave the (Ecuadorian Embassy) whenever he likes, have unlimited visitors unsupervised, can choose when he eats, sleeps and exercises’. She’s knocking down most of Assange case to have arrest warrant dropped #Assange #wikileaks

The judge wasn't persuaded by Assange's lawyers' statements that there was no public interest in arresting him for jumping bail in 2012 and seeking shelter in the embassy to avoid extradition to Sweden, where prosecutors were investigating allegations of sexual assault and rape made by two women. He denied the allegations.

Thus, Assange lost a legal bid on Tuesday to convince the British authorities not to pursue any further action against him for breaching his warrant conditions when he walked into the Ecuadorian embassy in 2012.

Even if the judge lifts the British arrest warrant, Assange's legal problems will not be over.

The UK issued a warrant in 2012, and he would have been arrested for bail jumping to avoid extradition to Sweden to face an accusation of rape if he attempted to leave the embassy. Despite the fact that the Swedish case has been dropped, the British authorities suppose he breached his bail conditions.

Julian Assange has been hiding since he published thousands of classified US military documents and diplomatic cables on his whistleblowing website WikiLeaks in 2010.

Journalist: ‘Julian Assange Was Set Up for Obvious Reasons’