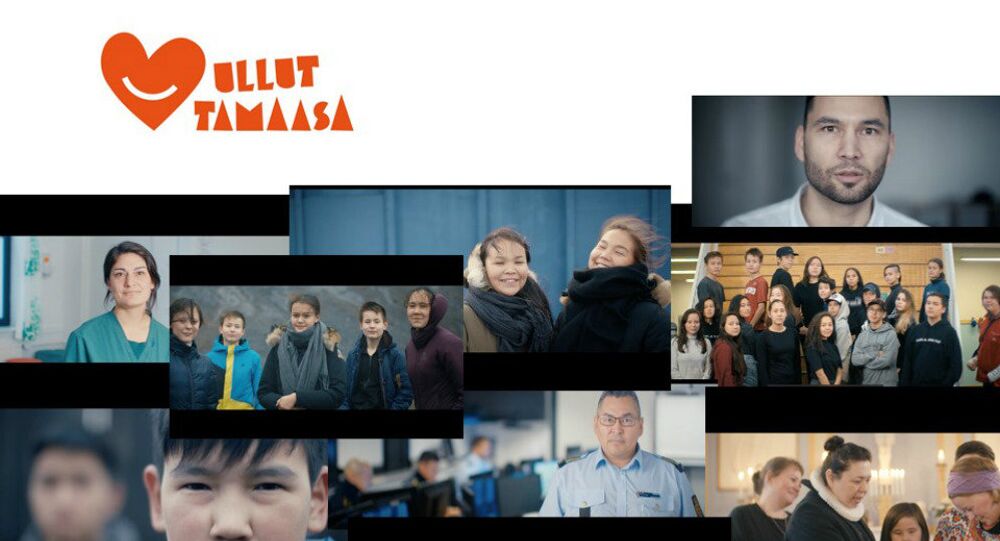 "No one should touch a child's genitals, unless it is about health and hygiene," is one of the messages of the campaign currently aired on Greenlandic radio and television, promoted as "Greenland's own #Metoo."

In light of research documenting widespread child abuse, the Greenlandic government has launched a campaign in cooperation with UNICEF Denmark to prevent the children from being sexually abused. The information campaign comes after criticism from the UN Children's Committee over the prevalence of sexual assault taking part in the autonomous part of the Danish Realm.

"We know from a lot of studies that one in three children in Greenland has been exposed to sexual abuse. We'd like to put the agenda in Greenland through a major nationwide effort," Arnavaraq Jørgensen, program leader in UNICEF Denmark, told Danish Radio. According to Jørgensen, there is no single picture of an offender, as abuse is typically committed by close or more remote family members.

Last year alone, a record DKK 1.7 million ($330,000) was collected for the sake of the campaign in Greenland, which means that each of the roughly 55,000 Greenlanders chipped in almost twice as much as their Danish counterparts. According to the Greenlandic Minister for Social Affairs, Sara Olsvig, this is a token of how further action against sexual abuse is needed. Nevertheless, Olsvig found it difficult to provide an explanation for the exceptional incidence of child abuse on Greenland.

"Academic knowledge from our social board indicates that there is a certain lack of boundaries in connection with alcohol abuse. There may also be a social heritage that applies," Olsvig ventured, stressing the need of prevention and early action.

The goal of the new campaign, called "Ullut Tamaasa" (or "Every Day"), is therefore to break the stigma attached to sexual abuse by teaching people to recognize its signs and be able to put it into words. According to Jørgensen, the core of the campaign was to put the message in naked language to stress its seriousness. Indeed, the campaign's wording is crystal clear.

"No one must touch a child's genitals unless it is about health and hygiene. No one must play with the child's penis, vagina or behind, in addition to the child themselves," the campaign elucidated.

​According to Else Christensen, former senior researcher of the National Research Center for Welfare (SFI), "Every Day" may become Greenland's own #Metoo. Christensen explained to Danish Radio, that many Greenlanders live in remote and secluded communities, where family interests are valued above those of the individual, which is why many cases of abuse are hushed up.

Greenland is an autonomous constituent country within the Danish Realm, alongside Denmark proper and The Faroe Islands. In addition to being the world's largest island, Greenland is also the least densely populated area in the world, with a population of only 55,000, of which 88 percent are Inuit. This is due to a harsh climate, owing to which three quarters of its surface is permanently ice-covered.

​Having been granted home rule in 1979, Greenlanders voted in favor of the Self-Government Act in 2008, which transferred further power from the Danish government in Copenhagen to the Greenlandic one in Nuuk. However, Greenland is provided an annual subsidy of DKK 3.5 billion ($660 million), which is expected to diminish gradually over time.

READ MORE: Slowly But Steadily, Greenland Is Crawling Towards Independence From Denmark

According to a 2010 census, Greenland had the highest suicide rate in the world. Other social issues faced by Greenland included unemployment and alcoholism, more than twice the level of the runner-up, Lithuania.

Watertaps frozen, washing mashine (the new one), home ownership in Greenland, wind is still plaguing life, will we be able to leave?— 30 C with chill factor. We need to get out for health reasons #grønland #grönland #kalaallitnunaat #greenland #homeowner… https://t.co/4fj4zhAofw pic.twitter.com/OcwTBPg7lT

'MeToo is Becoming Too Much of a Witch Hunt' – Writer