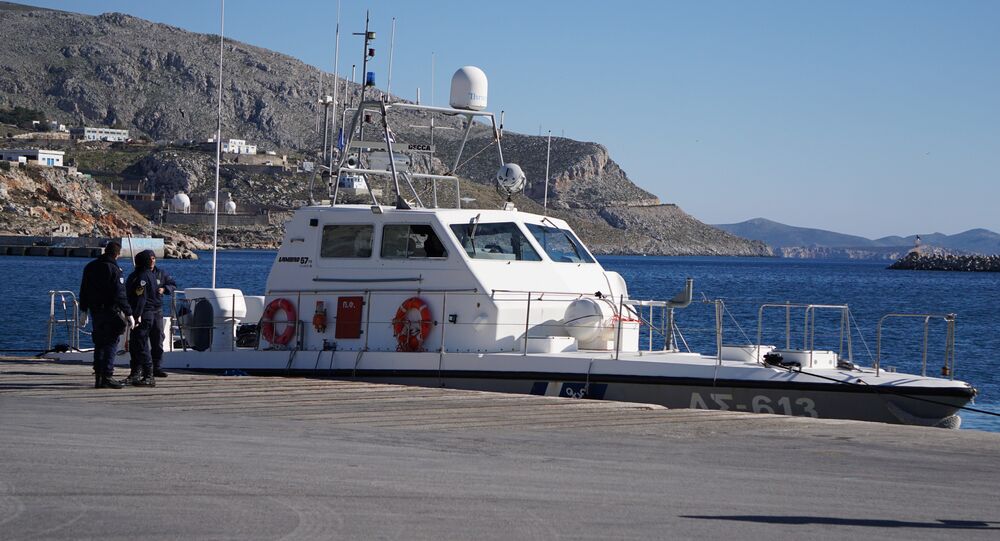 In 1996, the dispute over territorial possession of the two rocky islets of Imia in the Dodecanese archipelago in the Aegean Sea led to a crisis in relations between Greece and Turkey.

Greek authorities have announced that a Turkish coast guard patrol vessel rammed into a Greek coast guard boat near a pair of Aegean Sea islets, called the Imia or Kardak islets, over which the two countries were within an inch of war in 1996.

The Greek coast guard states that incident didn't result in injuries, although the Greek vessel suffered damage to the stern where the Turkish boat hit it with its bows. It says the precise circumstances of the incident, which occurred around midnight, are unclear.

Turkish President Recep Tayyip Erdogan confirmed the information about the collision of Greek and Turkish boats in the Aegean sea and issued a warning to Greece, Cyprus and international companies exploring for gas in the eastern Mediterranean not to "step out of line" and trespass Turkey's rights.

Erdogan made the warning in an address to lawmakers of his ruling party as Turkish warships continued to block a marine rig from reaching an area off the coast of Cyprus where Italian energy company Eni is scheduled to drill for gas.

"We recommend that foreign companies don't allow themselves to be an instrument of issues that surpass their limits and strength, by trusting the Greek Cypriot side. Their show of strength lasts only until they see our ships and our planes," Erdogan said.

Turkey rejects what it says is a "unilateral" search for resources by the Cypriot government, saying that it forgets the rights of the retracted Turkish Cypriots to the island's natural resources, threatening security and stability in the region.

In 1996, the dispute over the territorial affiliation of the two rocky islets of Imia in the Dodecanese archipelago in the Aegean Sea led to a crisis in relations between Greece and Turkey. The conflict was terminated after the intervention of the international community, NATO and the United States. In the last days of the crisis, on January 31, 1996, a helicopter of the Hellenic Navy crashed in the conflict area, three Greek officers were killed. Technical problems were said to have caused the accident.