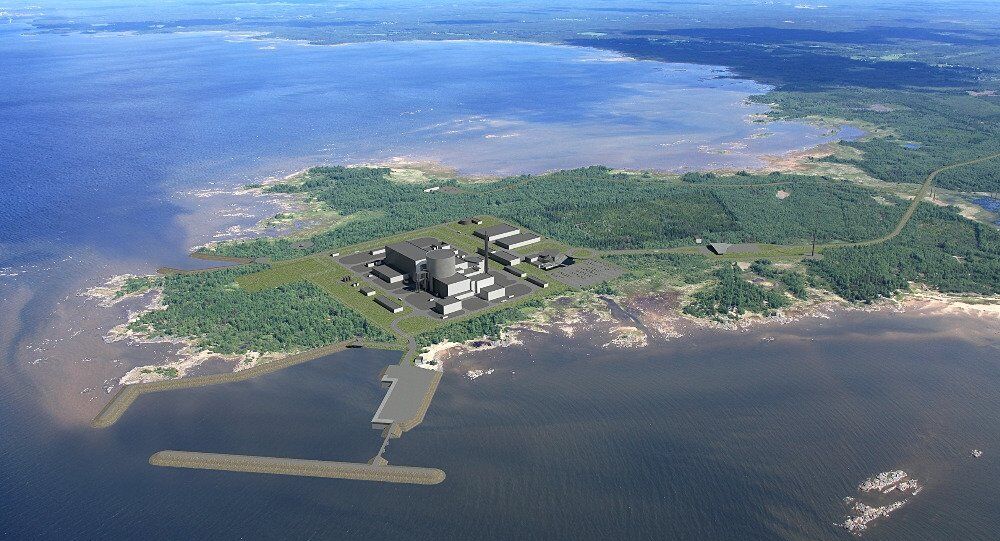 The NPP in Pyhäjoki, which is designed to house a Russian-built reactor and cover a tenth of the energy demand in the Nordic nation that almost entirely lacks energy resources of its own, now enjoys massive support from locals, polls indicate.

Finns' attitudes toward nuclear power have become increasingly positive. An overwhelming majority of locals now support the Hanhikivi-1 project, which is aimed to build an NPP equipped with a Russian-made reactor in northern Finland, according to a press-release by the construction company Fennovoima, which is partly owned by Russia's Rosatom.

According to the recent survey carried out by pollster Norsat, an astonishing 75 percent of the residents of Pyhäjoki, the intended site for the NPP, are supportive of the construction plans. Last year alone, the support in the whole region has jumped 9.9 percent, which came as a positive surprise to regional communications manager Heli Haikola.

"The result does not only indicate that the project's impact, but also proves that we have done the right thing and should continue in the same manner," Haikola said in the press-release.

© AFP 2020 / Martti Kainulainen / Lehtikuva
Clean Job: Finland Mulls 'Local' Nuclear Reactors for the Sake of Nature
According to Haikola, there are several reasons for the growing support, the foremost arguably being the NPP's positive impact on employment, boosted by the company's local presence, as Fennovoima's headquarters were moved to Pyhäjoki in late 2017. According to Haikola, this increased presence has effectively "de-mystified" the project, making it more familiar to locals.

At present, most of the personnel working at the Hanhikivi 1 construction site hail from either Pyhäjoki itself or its vicinity. According to Fennovoima, the economic boost from the NPP has been already made visible, as new residential areas are planned alongside other urban development projects both in the planning phase and under constructions.

Nationwide, Finns' views on nuclear power and the construction of additional nuclear power are also changing in a positive direction. A total of 45 percent of Finns believe that nuclear power is an environmentally friendly way of generating electricity, while 30 of the respondents held the opposite view.

Finns' attitude to additional construction of NPPs has also become clearly more positive, even though opinions are still strongly divided (37 percent in favor, with 29 percent opposed, as of December 2017, with the result being reversed only a year earlier).

Finland is no stranger to collaborating with Russia in terms of nuclear energy. At present, Finland has two NPPs in action having, with two reactors apiece — the Soviet-built Loviisa NPP and the Swedish-built Olkiluoto NPP. The Hanhikivi-1 NPP, which is to house one Russian-designed VVER-1200 PWR reactor, is intended to supply 10 percent of Finland's entire energy demand.

2017 was a record production year for #LoviisaNPP! It generated a total of 8.16 TWh #CO2free #electricity with high efficiency and load factor of 92.7%! LO1 celebrated 40 yrs of operation with highest production in LoviisaNPP history! Read more: https://t.co/RC39VMfMUX #nuclear pic.twitter.com/h69xwRYL7a

​Russia is also an important exporter of nuclear fuel to the Nordic country.