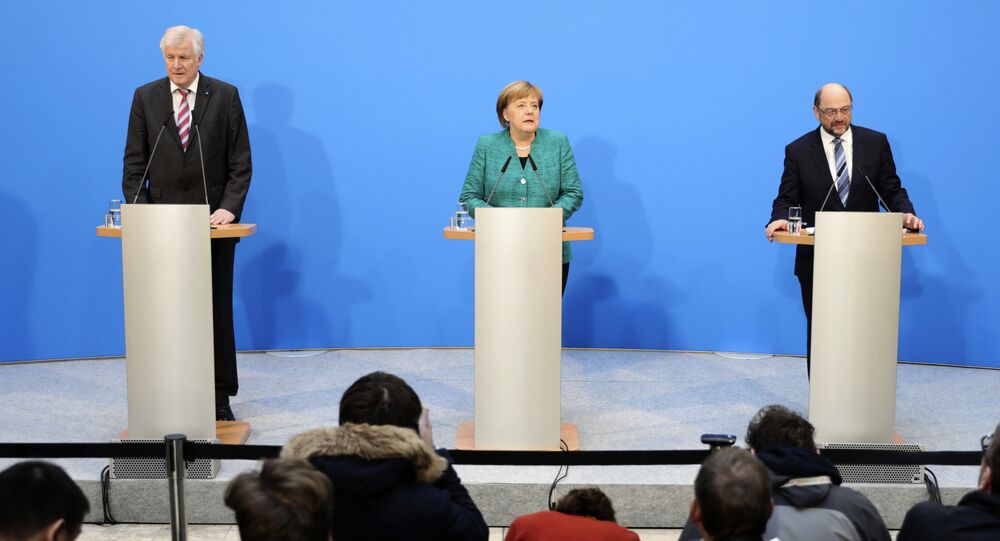 The German chancellor insists her hand remains firm on power as the country’s new coalition cabinet shapes up.

Angela Merkel says that the “painful concessions” she made to the Social Democrats (SPD) to secure another term in office were fully justified and do not mean that her authority is on the wane, The Guardian wrote.

In an interview with the ZDF broadcaster on Sunday, Merkel said she was looking forward to seeing young members of her Christian Democratic Union taking up cabinet posts in the coalition government she will share with the Social Democrats.

The chancellor, who has been at the helm for the past 12 years, has tried to allay conservative fears that the new government will have an SPD-stamped agenda.

“I understand the disappointment. Now we need to show that we can start with a new team. We have six ministerial posts to fill and, from my point of view, we need to ensure that not only the over-60s are considered but also younger people,” she said.

Angela Merkel’s conservative alliance took a drubbing in last year’s election where the right-wing Alternative for Germany Party (AfD) made big gains, ending up in third place on the strength of popular discontent about her decision to open the country’s doors to over a million migrants.

© AP Photo / Michael Sohn
German SPD Confirms Deal to Form Governing Coalition With Merkel's Bloc
Last week, Angela Merkel clinched a long-sought deal with the SPD to renew their right-left alliance by ceding ground on Europe and fiscal policy, as well as handing the powerful finance ministry over to her coalition partners.

Some members of Merkel’s Christian Democrats are also wary of her decision to let the Social Democrats spend a record budget surplus and to bow to their demands for reforming the EU.

In  the clearest sign yet that Germany wants to soften its insistence on strict fiscal discipline in the Eurozone, Social Democrat Olaf Scholz, who is expected to replace Wolfgang Schaeuble as the country’s new finance minister, has said that Germany should not dictate economic policies to its partners, Reuters reported.

“Mistakes were surely made in the past,” Scholz added, in thinly-veiled criticism of Schaeuble, who made financial bailouts for southern European countries like Greece and Portugal conditional on highly unpopular spending cuts.