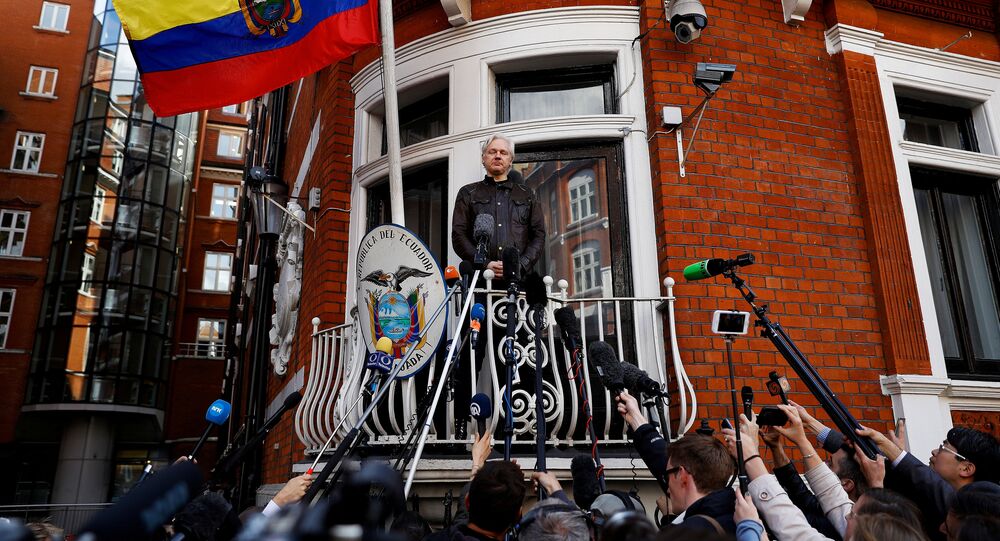 UK 'Secretly Bullied' Sweden Into Detaining Assange for 'Another 4 Years'

Swedish prosecutors tried to drop extradition proceedings against Julian Assange as early as 2013, according to a confidential exchange of emails with British prosecutors, the Guardian has reported.

As is evident from the newly-released emails, Sweden was prepared to give up the case against Assange, but Britain’s Crown Prosecution Service (CPS) insisted that the case remain alive.

In an October 18, 2013 email to the CPS, Swedish director of public prosecutions, Marianne Ny, argued that “There is a demand in Swedish law for coercive measures to be proportionate.”

She added that, given the need to take into account the passage of time, the costs of the criminal proceedings “the intrusion or detriment to the suspect […] we have found us to be obliged to lift the detention order and to withdraw the European arrest warrant.”

UK secretly bullied Sweden into pointlessly detaining me without charge for another four years after it decided to drop its arrest warrant. https://t.co/Y8SFTyOGOv

For several years, London police maintained round-the-clock surveillance of the Ecuadorian embassy at a cost of at least £11 million ($15.2 million).

The founder of the WikiLeaks whistleblowing website was wanted in Sweden on charges of sexual assault and rape allegedly committed in 2010.

Shortly after Assange, who denies the charges brought against him, traveled to Britain later that same year, and the Swedish authorities demanded his extradition.

© REUTERS / Peter Nicholls
Activist: Julian Assange's Fight In UK Court ‘Not Over Yet, Just Beginning'
In 2012, to avoid extradition to Sweden, Julian Assange jumped bail and requested asylum at the Ecuadorian embassy in London where he has stayed ever since even though last year Sweden announced it had dropped its warrant to arrest him.

He can still be arrested for violating his bail conditions in Britain if he leaves the Ecuadorian mission though. Assange has also voiced fears that the US could seek his extradition and that there is a sealed US indictment ordering his arrest.

WikiLeaks’ publications have included hundreds of thousands of US army war logs, State Department diplomatic cables and emails from the Democratic National Committee during the run-up to the 2016 US presidential election.

In May 2017, the US Attorney General, Jeff Sessions, said that Assange’s arrest was now a “priority.”