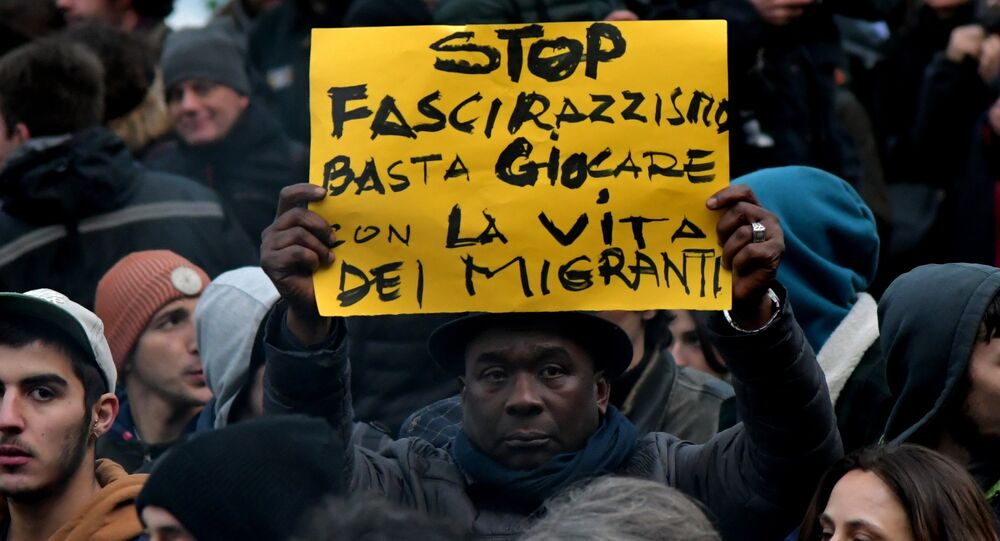 Thousands of People Protest Against Fascism in Italy (PHOTO)

Anti-fascism protests have been organized a week after a drive-in shooting in Italy's Macerata and three weeks before the upcoming country's general election.

Some 30, 000 people have gathered in the Italian town of Macerata to protest racism and fascism, a week after a far-right gunman injured five men and one woman in the same town, AFP news agency reported Sunday.

The protesters walked through the town's streets, shouting "if there's unemployment, blame the government, not the migrants," and singing songs like "Bella Ciao," known as an anti-fascist hymn.

Smaller rallies were also held in other Italy's cities, including Piacenza, Milan and Florence.

© REUTERS / Yonhap
About 800 People Protesting in Seoul Against N Korea's Participation in Olympics
The protests came a week after reported a drive-in shooting attack carried out by twenty-eight-year-old Luca Traini that resulted in five men and one woman from Africa being injured.

While being interrogated by the police, Traini reportedly said that shooting was a response to the murder of an 18-year-old Italian girl, whose dismembered remains had been found a week before in two suitcases. The police then arrested a Nigerian man after the girl's bloody clothes and a receipt from a pharmacy had been found in his house.