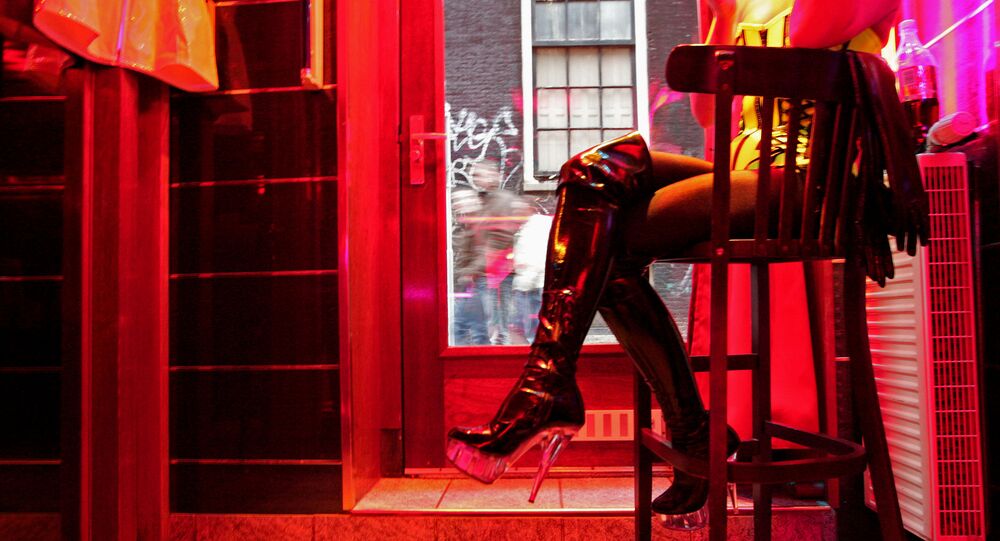 Amsterdam is putting the screws on visitors feasting on the visual delights in the ‘shop’ windows of its famous Red Light District.

Starting in 2018, people visiting the Red Light District in Amsterdam as part of guided tour groups will have to adhere to a number of rules recently introduced by the local authorities, according to a notice posted on the city’s official website.

As per the new regulations, tours groups are not allowed into the Red Light District after 11 p.m. Tour groups are prohibited from stopping at busy areas like bridges or in front of store entrances. Tourists are prohibited from taking pictures of prostitutes, and tour guides must ensure that their charges are facing away from sex workers during stops. Tourists are also prohibited from shouting and drinking alcohol or doing drugs during the tour, while the guides are expected to instruct them to treat local residents, entrepreneurs and sex workers with respect.

© CC0
Japanese Woman Busted for Allegedly Forcing Son’s Girlfriend Into Prostitution
Failure to comply with these rules will result in a 190 euro fine (about $232) for an independent tour guide and a 950 euro fine (about $1,163) for a guide employed by a business. A guide found responsible for three violations gets their license revoked.

These new restrictive measures were apparently implemented due to a steadily growing number of people wishing to visit the area, with up to 27 tour groups traversing the district at the same time.

The municipal authorities also considering levying a so called "entertainment fee" on people taking part in such tours, the notice adds.