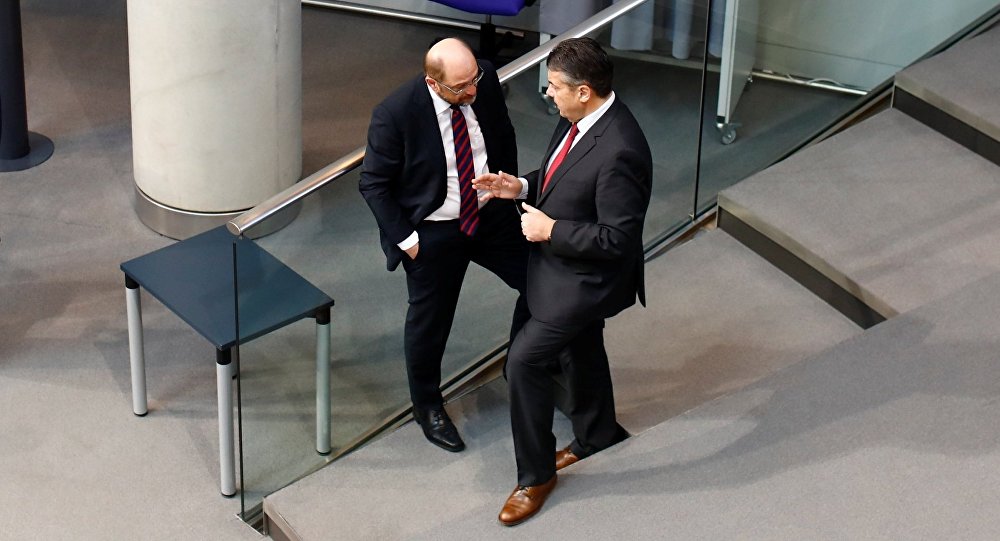 In an interview with the Funke media group, outgoing German Foreign Minister Sigmar Gabriel pointed the finger at Social Democratic Party (SPD) leader Martin Schulz for failing to deliver on his pledge not to be part of the new German government.

"What's left is regret at how little respect there is in the Social Democratic Party in our dealings with one another, and how little someone's word counts," Gabriel said, in an apparent nod to Schulz's promise.

Pointing out that he has "enjoyed carrying out the role of Foreign Minister," which he said was appreciated by the public, Gabriel cited lack of respect from the SPD.

"It is clear, unfortunately, that the public's regard for my work meant absolutely nothing to the new SPD leadership," he noted.

© AFP 2019 / Frederick Florin
It's Up to SPD to Decide: Germany's Coalition-Forming Marathon Enters Final Stretch
According to Deutsche Welle, the coalition deal is due to be approved by 463,000 SPD members in the next few weeks.

When asked whether he would rule out serving as a minister under the German Chancellor one day after the 2017 elections in Germany, Schulz said that he will not "join a government under the leadership of Angela Merkel."

During the elections, which were held on September 24, 2017, the CDU/CSU bloc obtained 33 percent the vote, its lowest figure since 1949. The SPD achieved its worst result since the Second World War, with 20 percent of the vote, while the Alternative for Germany (AfD) became the third party in the German parliament after it won 12.6 percent.