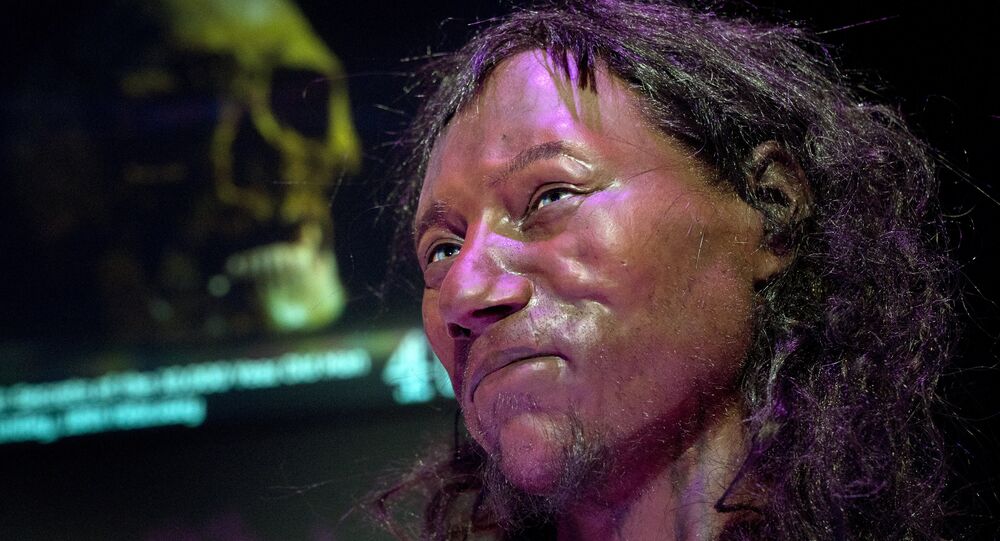 Cheddar Man is regarded as the oldest man to have lived in Britain, and his skin color suggests that previous ideas that northern Europeans were light skinned is a far more recent phenomenon.

Cheddar Man, the oldest known man to settle in Britain 10,000 years ago was discovered in a cave in Somerset in 1903 in an area more famous for its cheese and has been a topic of mystery and intrigue ever since.

This is a facial reconstruction made from the bones of one of the earliest Britains ever found called Cheddar Man. He lived 10,000 years ago & is related to 1 in 10 people in the UK today. How cool is that! #CheddarMan pic.twitter.com/0haaOcrZ8V

READ MORE: The Missing Link: Skulls Between Human and Neanderthal Found in China

As someone writing a book about race and science, reactions to the #CheddarMan work are fascinating. We seem unable to resist the temptation to project modern-day notions of race onto the far distant past. Folks, almost nobody then looked the way we do now!

Described by UCL as one of the most challenging human DNA projects to date, Cheddar Man had his genome sequence analysed to establish his appearance.

"Cheddar Man's genetic profile places him with several other Mesolithic-era Europeans from Spain, Hungary and Luxembourg whose DNA had already been analysed. These ‘Western Hunter-Gatherers' migrated into Europe at the end of the last ice age and the group included Cheddar Man's ancestors," Professor Mark Thomas said in a statement.

Looks like it’s HARD CHEESE for racists, as CHEDDAR man is found to be dark skinned. After being BLUE, they FETA think CAERPHILLY about their BRIEhaviour and not let their feelings be BRUZed (which is a type of cheese, Bruz!!!!)

Model makers then used a hi-tech scanner to produce a 3D image to produce facial features based on the results of the scientific research.

"I first studied ‘Cheddar Man' more than 40 years ago, but could never have believed that we would one day have his whole genome — the oldest British one to date!" Professor Chris Stringer, Research Leader in Human Origins at the Natural History Museum said in a statement.

Meet #CheddarMan, Mesolithic Britain's blue-eyed boy. Find out about the #AncientDNA research by scientists at the Museum and @UCL that has revealed key aspects of his appearance for the first time #HumanEvolution #FirstBrit https://t.co/XJ1RssIsMr

"To go beyond what the bones tell us and get a scientifically-based picture of what he actually looked like is a remarkable (and from the results quite surprising) achievement," Professor Stringer added.

The revelation that the first Britain had dark to black skin has provoked reactions on social media and #CheddarMan began trending on Twitter.

I know why poor #cheddar man looks as if he’s about to burst into tears. There wasn’t any actual CHEESE then. Poor guy. Nice hair though👍 pic.twitter.com/1WQNXS6ilE

So I've woken up to find some scum has sold my story to the press. Yes I'm 10,000 years old but Katie Price looks older. Anyway this is my official Twitter to stop imposters. #CheddarMan

READ MORE: This is What Prehistoric Eurasian People Looked Like 30,000 Years Ago

This is What Prehistoric Eurasian People Looked Like 30,000 Years Ago (VIDEO)