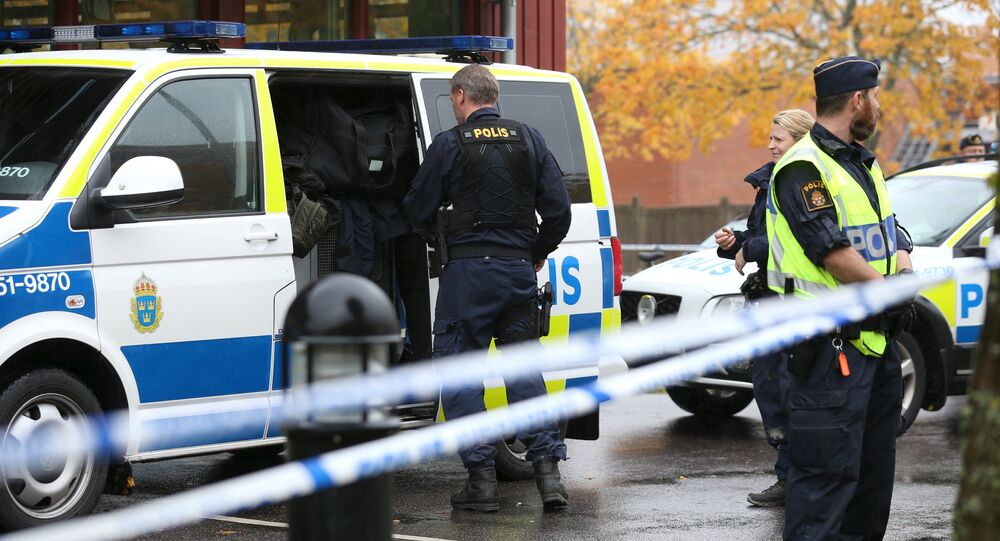 "It does not matter if you are black or white," Swedish Justice Minister Morgan Johansson said. He maintains that collecting statistical data about the background of criminals would be a step back for Sweden.

In Norway, which unlike Sweden, never abandoned the practice of mapping out criminals' ethnicity, reports indicate that migrants and their locally-born children are far more likely to perpetrate crimes than the rest of the population. In Sweden, the last similar study was conducted in 2005, before the immigration into the Nordic country accelerated to tens of thousands per year.

"People with backgrounds from Africa, parts of Asia and Latin America are most drastically overrepresented," Synøve Andersen, researcher at Statistics Norway (SSB) told SVT, commenting on the latest crime report.

© AFP 2021 / DPA / BERND WUESTNECK
Number of Suspected War Criminals Spikes in Sweden Amid Mass Migration
According to SSB, the proportion of people suspected of crimes is 4.5 percent for the bulk of the Norwegian population (without immigrant background), 6.7 percent among immigrants and a staggering 11.3 percent among the children of immigrants, which amazed Norwegian researchers.

In terms of violence and abuse, the differences between immigrants and others are still bigger: 11.2 permille for immigrants and 22.9 permille for children of immigrants versus 6.3 permille for the rest of the population, according to the Norwegian study.
"This is a result that shows something we clearly need to learn more about," Synøve Andersen told SVT.

The report also showed marked differences between various types of immigrants. The crime rates were reported as highest among refugees, but significantly lower among labor immigrants.

Despite the remarkable findings from the neighboring country, Justice Minister Morgan Johansson was totally uninterested in conducting a new, similar study in Sweden, amid its ever-changing ethnic landscape.

"It does not matter to me if you are black or white, once you commit a crime you should be punished, that's my starting point," Johansson told SVT.

Johansson claimed previous surveys indicated that migrants' overrepresentation disappeared once socio-economic factors and age are not taken into consideration.

However, the Conservatives, Sweden's largest opposition party according to recent polls, want the criminals' origin to be reviewed again.

"I think it's reasonable to bring in as much facts and knowledge as possible to be able to pursue sound policies," Conservative spokesman Tomas Tobé told SVT. "The government is very anxious when it comes to this issue. Basically, the point of departure must be the victims of crime. Currently, we have 70,000 young women in Sweden who have been subjected to sexual offenses," Tobé stressed.

In Norway, all parties are united in the standpoint that it perfectly legitimate to investigate the connection between immigration and crime, despite having different opinions of the results, SVT reported.

"This shows that we should reduce immigration to Norway, despite the fact that the differences between immigrants and the rest of the population have decreased. The overrepresentation is still too high," Jon Helgheim of the right-wing Progress Party said.

Petter Eide of the Socialist Left argued that linking crime with immigration was incorrect, however he, too, stressed the necessity of such investigations to be able to design correct policies.

"All knowledge is good. I do not think the acquisition of knowledge should be limited for fear of what could possibly come out," Eide said.