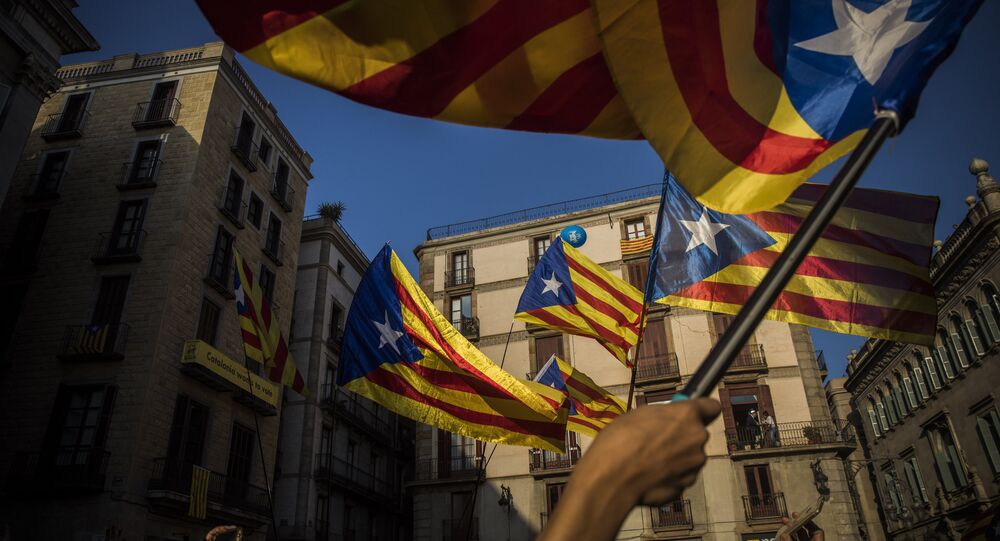 Representatives of the Catalan parliamentary coalition supporting the region’s independence have arrived in Brussels in order to discuss Puigdemont’s possible appointment as the new head of the Catalan government. Miriam Nogueras accused Spanish intelligence services of spying on Catalan lawmakers, who had gathered in Brussels to meet with Catalonia’s former President Carles Puigdemont.

"Yesterday, in front of the hotel in Brussels, where the lawmakers of the ‘Junts per Catalunya’ [JxCat] block met [with Puigdemont], there was a car and two people took photos of everybody who entered and left the building," Nogueras posted on her Twitter page.

The lawmaker demanded explanations from the Spanish Deputy Prime Minister Soraya Saenz de Santamaria, who is currently acting as a head of Catalonia.

The Catalan parliament is studying the possibility of appointing Puigdemont as the head of the government. Puigdemont is now in Belgium as he faces arrest in Spain. The Spanish Constitutional Court decided that Puigdemont must personally attend the parliament’s session in order to be appointed as the regional president.

On October 1, Catalonia held a referendum on the region's independence from Spain. However, it was not recognized by Madrid, which subsequently imposed direct rule over the autonomous region and dismissed its government. Several ministers of the former Catalan government were arrested while Puigdemont managed to leave Spain.