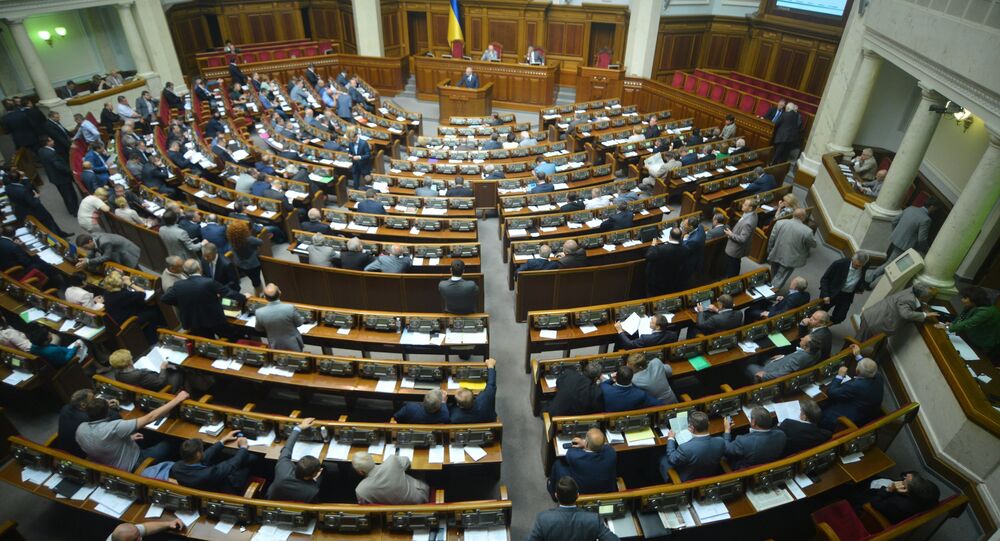 KIEV (Sputnik) - The Ukrainian parliament condemned on Tuesday adoption of a Polish bill, which bans the Ukrainian nationalist ideology known as "Stepan Bandera ideology," and called on Poland's President Andrzej Duda not to sign it into law, the parliament's statement said.

"The Ukrainian Verkhovna Rada [parliament] categorically rejects and does not accept the policy of double standards and binding the ideas of collective responsibility of the Ukrainian people as well as Polish attempts to equalize activities of all fighters for the Ukrainian independence with the crimes of two totalitarian regimes of the XX century — the Nazi and the Communist ones," the statement said, urging Duda to impose veto on the bill.

The Ukrainian lawmakers also expressed concern over sparking anti-Ukrainian sentiments in Poland, adding that the bill was not in line with the spirit of the strategic partnership between the two countries.

Kiev called on Warsaw to engage in an open and constructive dialogue in the bilateral relations.

© Photo : Wojciech Kozlowski/Facebook
A Monument to Nazi-Torched Synagogue Vandalized in Poland - Eyewitness
The bill was passed by the Polish Senate in a 57-23 vote, with two abstentions. The document criminalizes the notion of Poland's complicity in World War II crimes, denials of the killings of Poles by the Ukrainian Insurgent Army in that period as well as outlaws Ukrainian nationalist ideology. Polish President Duda said earlier in the day that he would sign it into law.

Bandera was involved in staging a number of attacks across Poland in 1930s. After the Soviet Union established control over western Ukraine in 1939 Bandera started to counteract the USSR. After the eruption of the Great Patriotic War in 1941, the Ukrainian nationalists tried to collaborate with Nazi Germany but many of them, including Bandera, were arrested by Germans and sent to prisons or concentration camps.