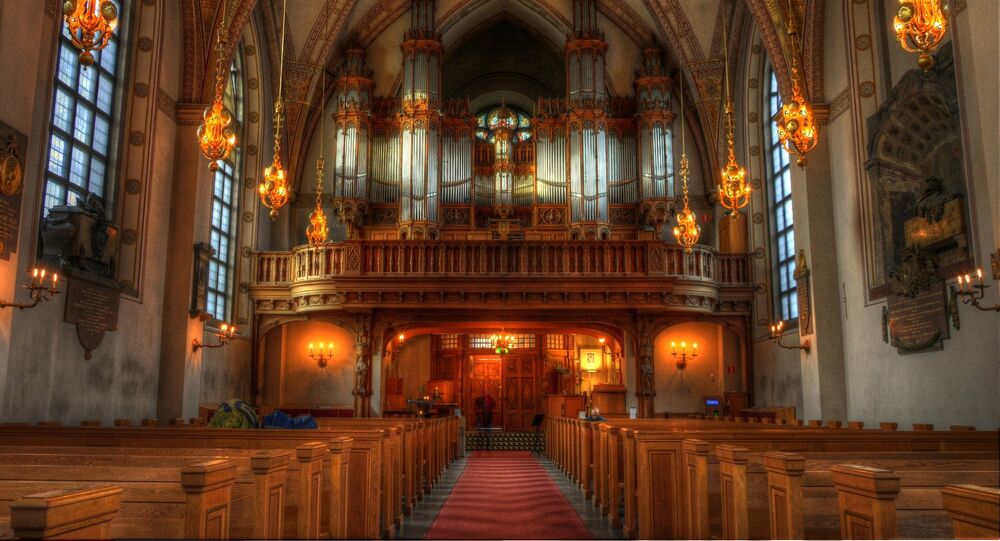 The dominant reason for the lapse from virtue is that people have simply ceased to believe in God, an internal church report commented on the record loss of membership amid financial irregularities and public controversies.

Over the past two years the Church of Sweden has seen a record number of its flock leave the fold. In 2016, 85,848 Swedes signed out of the blessing, followed by 93,093 in 2017, the official report Members in Motion indicated.

The survey indicated that the decline in membership is largest among younger men in big cities. This new brand of apostates reportedly has higher incomes and lives in the metropolitan areas of Stockholm, Gothenburg and Malmö.

According to Church of Sweden press officer Martin Larsson, one particular reason stands out for the massive fall from grace.

"The absolutely dominant reason is that one simply does not believe in God. Then it's only natural to believe one should not be a member either," Larsson told the Nyheter Idag outlet, citing those born in the 1990s as group particularly prone to leaving the church.

© CC0
Swedish Church Accused of Peddling 'Immigration Propaganda' During X-Mas Worship
In the new membership report, 40 percent of those who chose to leave cited loss of faith as the main reason. Another popular explanation was that membership no longer felt meaningful, whereas 20 percent cited economic motives, the Dagen newspaper reported.

Martin Larsson also pointed to investigations by the Swedish Radio and the Aftonbladet tabloid daily in May-June 2016, which revealed financial irregularities within the Church of Sweden.

In 2017, the Church of Sweden also sparked controversy through its deliberate policy of harboring illegal migrants, as well as abandoning the concept of God as a male entity. Following the recommendations in the new church handbook, the Västerås Church published a birth announcement for Jesus in a local newspaper, using the recently-devised gender-neutral pronoun "hen" (a cross between "han" and "hon" for "he" and "she" respectively).

​Given the current state of affairs, the report presented a gloomy forecast for the Church of Sweden, which in a not too distant past encompasses more or less the country's entire population. As the church reportedly entered a "vicious spiral" with an increasing number of withdrawals, declining baptisms and weakening ties to the church, its flock was projected to shrink further, unless any changes occur.

The church's separation from the state, which occurred in 2000, was also identified as one of the reasons for the loss of members. Until 1996, everyone baptized in Sweden automatically became a member of the Church of Sweden. Today, only 45 percent of children are baptized in the Church of Sweden. Furthermore, only 27 percent of 15-year-old Swedes undergo confirmation. As of today, it is possible to "unsubscribe" from the church via internet or SMS.

Lastly, the report pointed out that fewer Swedes generally choose to participate in different associations and movements, suggesting that the Church of Sweden's negative spiral went hand in hand with sports associations and free churches.

Sweden's neighbor countries Norway and Denmark have been struck by the same phenomenon.