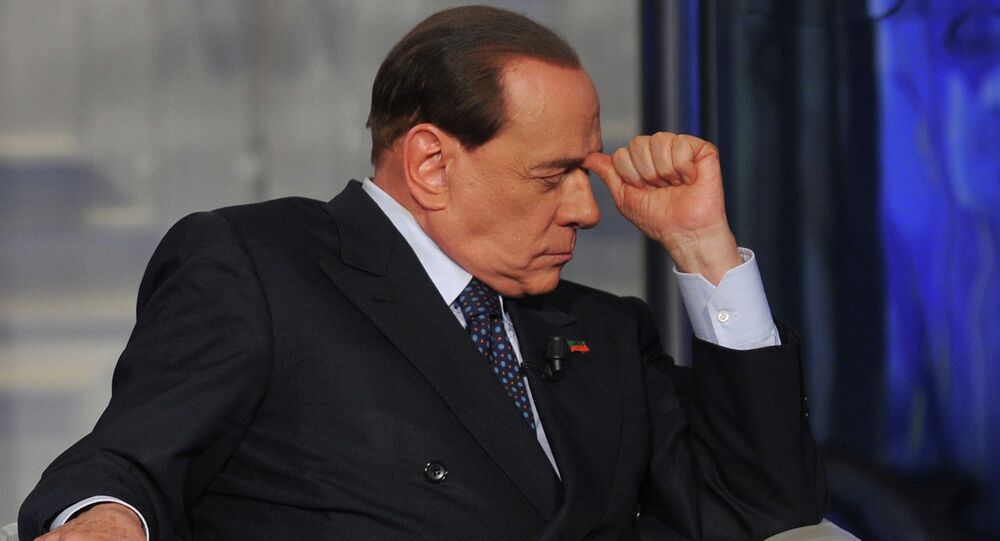 The migration issue has become a hot topic for Italian politicians ahead of the March elections as tensions in the country have risen after an Italian radical with extreme right-wing views shot and injured six African immigrants on Saturday.

Former Italian PM Silvio Berlusconi said in a TV interview Sunday that immigration was a "social bomb ready to explode in Italy," adding that the recent shooting posed a "security problem."

The 81-year-old politician apparently indicated that he would deport 600,000 illegal immigrants from the country in case his center-right coalition gains seats in the government after the parliamentary elections on March 4.

"Immigration has become an urgent question, because after years with a leftwing government, there are 600,000 migrants who don't have the right to stay," Berlusconi said. "We consider it to be an absolute priority to regain control over the situation."

Berlusconi himself can't run for office due to his previous conviction, but he still can influence the political situation in the country, especially if his party's coalition receives enough support to enter the government.

"When we're in government we will invest many resources in security," the former PM said. "Our soldiers will patrol the streets alongside police officers," he added.

Italians will head to the polls next month to cast their votes in a general election. Berlusconi's Forza Italia has teamed up with two other right-wing parties, the Northern League and the Brothers of Italy.

On Saturday, a gunman opened fire in the Italian city of Macerata against five men and one woman, all African migrants.

© AP Photo / Luca Bruno
EU States Should Support Italy Over Migrant Crisis - Rescue NGO
As a result of the shooting, the migrants who came from Nigeria, Ghana, the Gambia and Mali were injured.