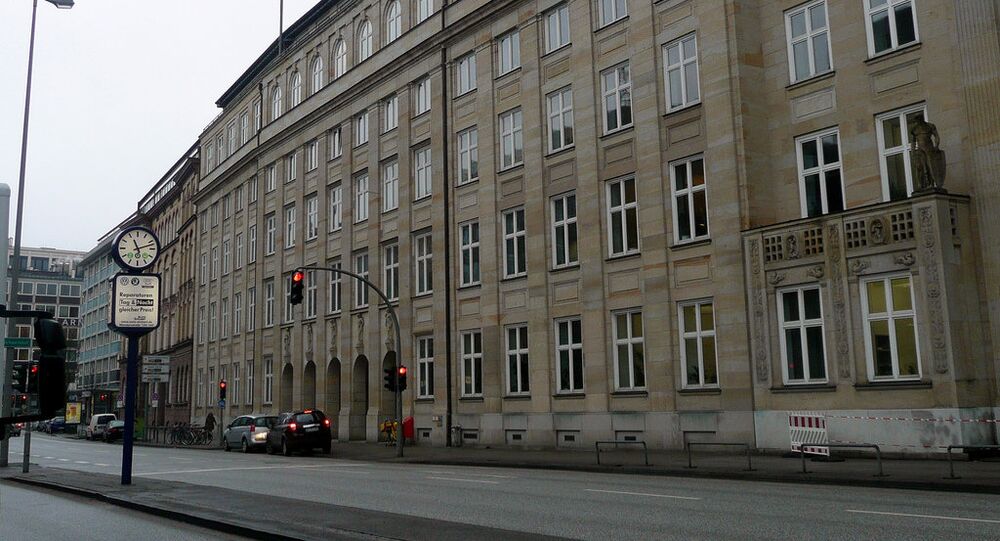 Protesters have gathered near the former Gestapo headquarters in the German port city of Hamburg to warn authorities against desecrating the memory of those who were tortured and killed by Nazi Germany's official secret police.

Hamburg city administration plans to transform the former local Gestapo torture center into a luxury apartment complex, in what they say "will inject a new life into a hitherto underdeveloped part of the city," according to The Guardian.

Brochures have already been issued to tout the future upmarket complex which will allegedly have an area of 100,000 square meters (1,076,000 square feet) and will include 88 luxury flats and a hotel with 126 rooms, as well as a restaurant, bars, boutiques and a roof terrace.

Some relatives of the thousands of those who were killed in Gestapo's Hamburg headquarters were quick to stage a protest rally under the slogan "Commerce instead of Commemoration? Never!" warning the authorities against insulting the memory of Nazi victims. The protesters specifically mentioned the wrought iron sign over the entrance to the former Gestapo headquarters which reads: "Bienvenue (welcome) /Moin moin (hello)/ Stadthof"(city courts).

Jesus wept. So some property developers have redeveloped the Gestapo headquarters in Hamburg as flats. So far, so coarse. But then, what else could it need over the front entrance than a wrought iron sign? Remind anyone of another one? pic.twitter.com/PmfubVfO9m

Detlef Baade, one of the protesters whose father was tortured by Hamburg's Gestapo in 1933, said that "nobody who was brought here for interrogation came out unhurt."

"We have a societal obligation to do this. We owe it to the dead," he underscored.

© AP Photo / Karly Domb Sadof
Google Maps Call FSB Building in Kaliningrad 'Gestapo Administration'
Baade was echoed by another protester, Norbert Hackbusch, who said that "we’re talking here about nothing less than the central place in this city where people were taken to be tortured."

Established by Hermann Goering in 1933, Gestapo was Adolf Hitler's secret police force. They operated without civil restraints and its actions were not subject to judicial appeal. Gestapo was responsible for deporting thousands of Jews, intellectuals, leftists, trade unionists, political clergy, and homosexuals into extermination camps during the Second World War.

Olga Benario, the Communist That Nazi Gestapo Hounded Most Vehemently