MOSCOW (Sputnik) – The operation of the BMW, Daimler, Audi and Porsche car manufacturing plants has stalled in Germany over a round-the-clock warning strike organized by the IG Metall trade union to pressure employers for a higher salary, local media reported on Friday.

The trade union expects 300,000 people to take part in the strike, the NTV broadcaster reported. The IG Metall-initiated strikes began on Tuesday, involving several other automakers and gathering over 200,000 employees of the automotive industry. 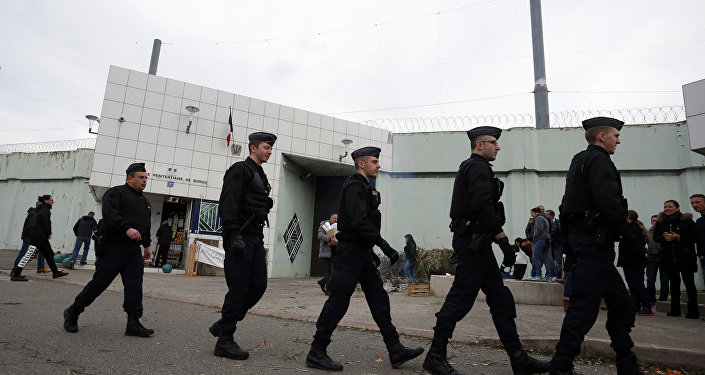 © AFP 2019 / PASCAL POCHARD-CASABIANCA
French Jail Guards to Strike Until Facilities for Terrorists Provided - Union
On Friday, workers from the Porsche and Daimler plants in the federal state of Baden-Wuerttemberg, the BMW plant in Munich and the biggest BMW factory in Dingolfing, as well as two Audi plants in Bavaria took part in the strike, the NTV said, citing IG Metall.

The trade union demands a 6-percent increase in salaries for 3.9 million employees as well as reduction of working hours. The next round of talks between the trade union and managers of the automakers may start on Monday.

Democracy thrives on participation. And #BMW employees are waking up. There are no more traces of disenchantment with politics as over 7,000 employees have gathered in Munich. Automobile production stands still.

Head of @IGMetall_Bayern Jürgen Changer on strike in Ingolstadt at @Audi: "The economic damage from the strike is well spent."