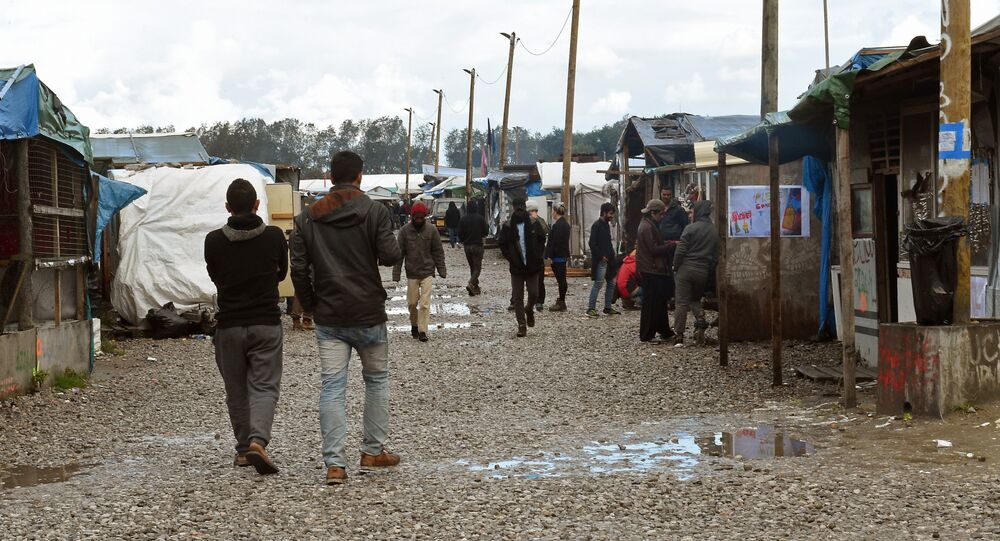 Last month, French President Emmanuel Macron stated that "in no case will we allow another 'Jungle' here."

A massive fight involving more than 100 Eritrean and Afghan nationals broke out in Calais, a French city that previously hosted an infamous refugee camp dubbed the "Jungle," leaving at least four teenage migrants aged between 16 and 18 in critical condition after being shot. According to media reports, the migrants had been standing in a queue waiting for food handouts.

At least a dozen others were injured during the nearly two-hour clashes, with about 22 people being hospitalized.

​22 are wounded, including four by bullets during a fight

The fights that have recently increased in Calais drew the attention of the French government, with the interior minister announcing a surprise visit there to "take stock of the situation."

"We have reached an escalation of violence that has become unbearable for both those from Calais and migrants," Gerard Collomb said.

​Clashes between migrants in Calais: "This is a degree of violence that had never been reached," says Interior Minister Gerard Colomb, who arrived there at midnight

When announcing a new border security agreement with Britain last month, French President Emmanuel Macron stated that "in no case will we allow another 'Jungle' here."

READ MORE: Tear Gas, Fires and Police: The Demolition of the 'Jungle' According to Twitter

However, humanitarian groups working in the area claim there are at least 800 migrants left in the area after the demolition of the refugee camp.

© AP Photo / Emilio Morenatti
Review of Border Deal With UK Won't Solve Migrant Crisis in Calais - French NGO
France has repeatedly called on the United Kingdom to engage more actively in tackling the issue of migrants in Calais. Particularly, Paris said that London should resettle more unaccompanied child refugees who want to reunite with their families in Britain.

Over the past years, several minors have died after attempting to illegally cross the English Channel from Calais to the United Kingdom due to months-long delays in the legal family reunification procedure. The situation prompted concerns of human rights groups in both the United Kingdom and France.