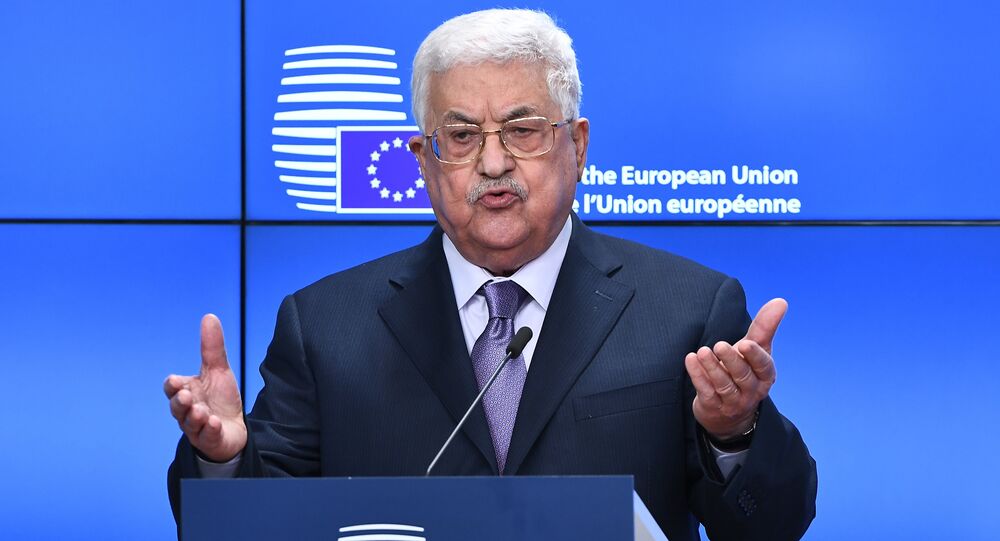 The Foreign Affairs Committee of Slovenia’s National Assembly will soon vote on a draft resolution to recognize Palestine as a self-determining state. Should it pass, it will then go before the full Parliament in either March or April - and it is expected to pass.

Slovenian leadership has been seen as divided on the issue. Foreign Minister Karl Erjavec has been a vocal proponent of Palestinian statehood, saying that Slovenian recognition would "strengthen Palestine's negotiation in the Middle East peace process." He also reportedly told Israeli Ambassador Eyal Sela that the recognition was "inevitable."

Slovenian President Borut Pahor, whose position is mostly ceremonial, came out against the declaration. He told AFP on Friday that he would only back such a move "in circumstances that would contribute to the solution of its bilateral issues with Israel but not to the worsening of relations," which is the outcome he foresaw from the prospective recognition.

© REUTERS / Ariel Schalit/Pool
Netanyahu: US Must Mediate Between Palestine and Israel

Numerous EU countries have passed laws recognizing Palestinian statehood, among them France, Ireland, Portugal and Spain. But those were non-binding resolutions, outside of the scope of those Parliaments, less a formal recognition and more a letter of support.

The Slovenian resolution is binding, tantamount to recognition of Palestinian statehood, according to the Israeli Foreign Ministry. If Slovenia does recognize Palestine, they will become the second EU country ever to do so while a member of the EU, following Sweden in 2014.

While Israel and Slovenia have a relatively weak diplomatic relationship, Tel Aviv's diplomats are "working hard" to block the recognition, as they fear it could encourage other EU members to follow suit. The vote was originally scheduled for Wednesday, but was pushed back to either Friday or sometime later in February.

The recognition Slovenia may best is exactly what Palestinian President Mahmoud Abbas wants. During a speech before the EU's foreign ministers earlier this month, he urged European nations to declare their recognition of Palestinian statehood as a counterbalance to the US recognizing Jerusalem as Israel's capital.

A similar resolution came before the Slovenian Foreign Policy Committee in 2014, which shot it down, passing instead what amounted to a multi-year delay on the vote. At the time, Erjavec said there was "strong support in the government for Palestine recognition, but we are a part of the international community, a part of the EU… so it is right that the matters be coordinated."

Slovenian Ambassador to Israel Barbara Sušnik said in a statement earlier in January, "that the issue of recognising Palestinian statehood has been pending in the country's Parliament since 2014, and is only now coming to a vote."

Nine of the 28 EU member states recognize Palestinian statehood. In addition to Sweden, six former socialist states in Eastern Europe honored the recognition given by their predecessor states: Bulgaria, the Czech Republic, Hungary, Poland, Romania and Slovakia. Cyprus and Malta also recognized Palestine in the late 1980s. While socialist Yugoslavia recognized Palestine, Slovenia, which was once a republic of Yugoslavia, does not.