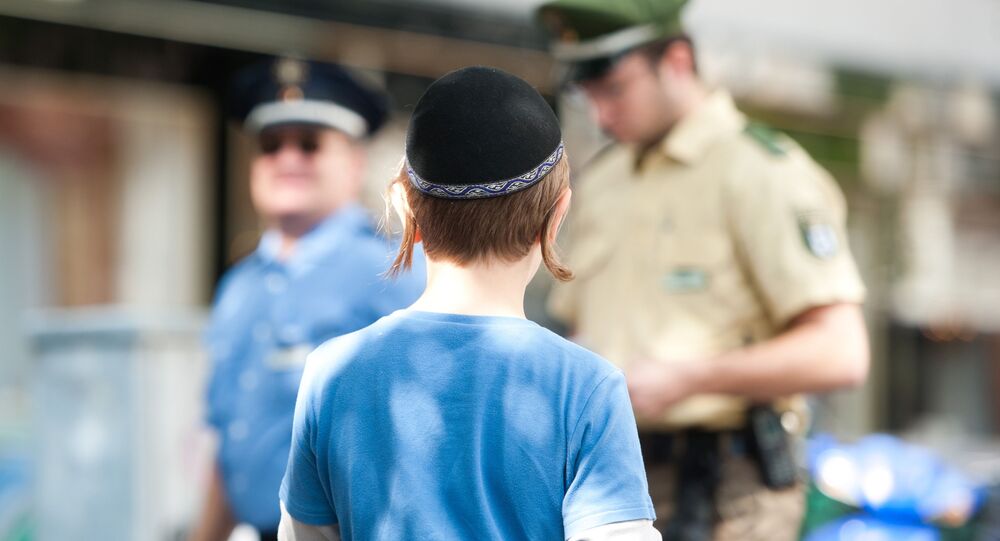 Macron on Paris Attack on Jewish Schoolboy: 'The Whole Country is Assaulted'

A Jewish schoolboy wearing a kippa was beaten by two teenagers on Monday evening in Sarcelles, the northern suburb of Paris, in an attack that police consider to be antisemitic.

French President Emmanuel Macron vehemently condemned the assault on an eight-year-old Jewish boy in a suburb of Paris, on avenue du 8 mai 1945, calling it "heinous." The offenders pushed the child to the ground and started beating him, though they did not shout any insults.

The president also equated racially motivated violence with an assault on the whole state in a post on his Twitter account, adding that France "stands alongside the French of Jewish faith to fight with them and for them in each of these heinous acts."

An 8-year-old boy was attacked in Sarcelles today. Because he was wearing a Jewish skullcap. Every time a citizen is assaulted on the grounds of his age, appearance or confession, the whole of the Republic is assaulted. 1/2

And it is the whole Republic that especially today stands alongside the French of Jewish faith to fight with them and for them in each of these heinous acts. 2/2

© AP Photo / Gali Tibbon, Pool
'Shocked by This Lie': Israeli Envoy to France Slams Children's Magazine for Calling Jewish State 'Disputed'
Earlier, chief of the French Ministry of Internal Affairs Gerard Kollon also denounced the incident. He stressed that police suspect the attack to be antisemitic and an investigation is currently underway in order to identify the perpetrators and bring them to justice.

France has the largest Jewish community in Europe, but recently attacks against Jews have been on the rise. Today's attack is already the third case of anti-Jewish violence this month. On January 13, a Jewish fifteen-year-old teenager had her face cut on one of the streets of the same Parisian suburb. Several days earlier an arson attack destroyed two kosher shops near Paris.

READ MORE: Rise in Anti-Semitism Forces Paris’ Jews Out of Their Homes

Five Teens Arrested in France For Desecration of Jewish Сemetery