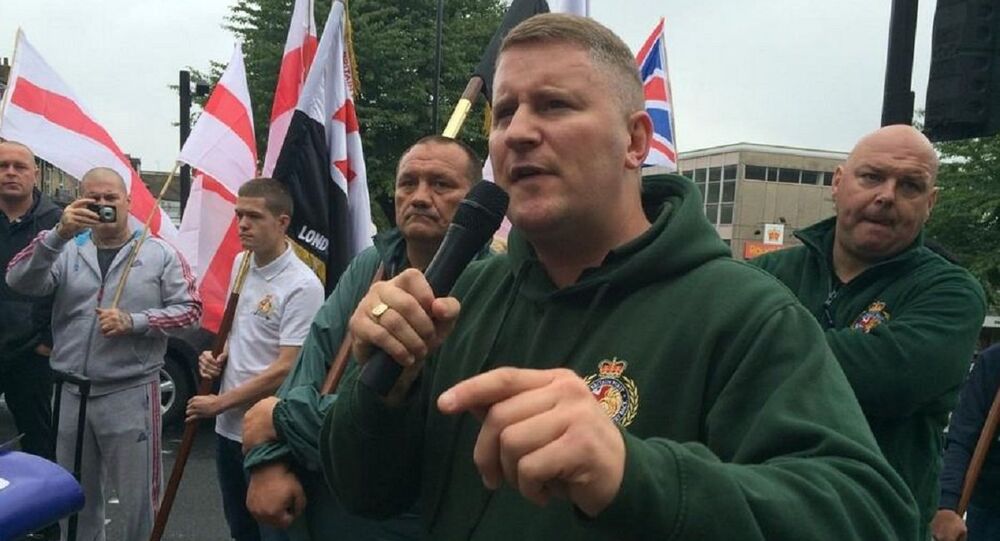 The leaders of a British nationalist group re-tweeted by US President Trump are on trial in the south of England facing charges of harassment and hate-speech.

A woman from Folkstone on the south coast of England has told a court that religiously motivated abuse from the right-wing organization Britain First's leaders Paul Golding and Jayda Fransen was a contributing factor in the death of her unborn child.

The alleged abuse was directed at her Muslim partner in the form of leaflets left in the family's letter box as well as verbal insults which the claimant says induced stress that resulted in the failure of her pregnancy.

Both Mr. Golding and and Ms. Fransen deny the charges against them.

According to live-tweets of the court proceedings, Mr. Golding did not consider the expletive phrases attributed to Ms. Fransen to be to amount to abuse and allegedly claimed to have heard worse language in the House of Commons. He claimed to have no more control over the conduct of his organization's members than Jeremy Corbyn has over the Labour Party

Golding says his role as leader of the party has resulted in him receiving a number of death threats, physical abuse and regular confrontations.

Golding is still denying that he took part in any of the campaigning. He underlines that his role was to be the cameramen.

When asked if "dirty Muslim rapist", "b*******", or "monsters" is correct language to use politically, Golding said: "Sometimes… I've heard much worse, including in the House of Commons."

Golding: "I don't believe what Jayda said amounts to abuse."

The defendants are expected to learn their fate on March 7.

The retweets caused public outrage around the world and intensified calls for the US president's visit to the United Kingdom in January 2018 to be cancelled.