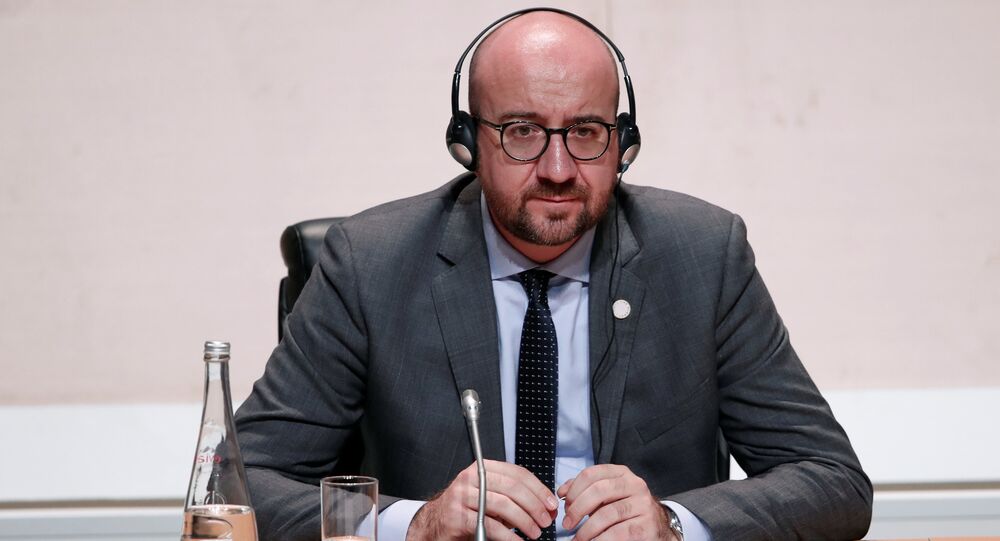 During a meeting between Russian Prime Minister Dmitry Medvedev and his Belgian counterpart Charles Michel in the wake of the publication of the US so-called "Kremlin report," both sides have spoken for dialogue and cooperation.

After the talks with Medvedev, Belgium's Prime Minister Charles Michel said that the EU had made a decision not to support the extending of sanctions against Russia.

At the same time, he noted that there is a certain amount of disagreement between Russia and the EU, however, "dialogue is open, because dialogue is the only way to manage differences and in order to better understand the different processes, so that there is more stability," he added.

Medvedev has welcomed the stance of Belgium's prime minister characterizing it as "right and pragmatic" and stressed that "Russia appreciates its Belgian partners," while Michel's visit "shows that Belgium is ready to play a more active role in restoring full-fledged relations between Russia and the EU."

He also added that Russia and Belgium have potential for the creation of joint ventures in a number of fields, including the pharmaceutical, energy and the aerospace industries.

© RIA Novosti . Vladimir Sergeev
Leaders of East German Lands Call for EU Anti-Russian Sanctions to Be Lifted
Belgian Prime Minister Michel's statement comes in the wake of publication of the US "Kremlin report," which includes a list of 114 Russian politicians and 96 businessmen who may face new US sanctions in the future. The EU spokesperson told Sputnik on Tuesday that the bloc had paid attention to the US Treasury Department's release of the report, but "all of the EU's sanctions regimes remain under constant review." He also stressed that "any decision to prolong, amend or lift the sanctions is for the Council to take by a unanimous agreement of the 28 EU Member States."

In 2014, crisis in the eastern Ukraine and the Crimea's reunification with Russia prompted the EU to back the anti-Russian sanctions introduced by the US. Among the adopted sanctions were diplomatic measures, such as suspension of the EU-Russia talks on visa matters, individual restrictive measures, such as asset freeze and travel bans for some Russian nationals, as well as economic sanctions.

© Sputnik / Alexey Vitvitsky
EU Extends Economic Sanctions Against Russia for 6 Months - Council of EU
In March 2015, EU leaders made a decision to link the sanctions regime to the implementation of the Minsk agreements. Since then the economic sanctions were extended for 6 months twice a year after an assessment of the progress in the Minsk accords. However, Moscow is a guarantor of the Minsk agreements, but not the side of the conflict in Ukraine, thus Russia cannot implement measures enshrined in the document, according to Kremlin's spokesperson Dmitry Peskov.

The economic sanctions are currently prolonged until July 31, 2018.