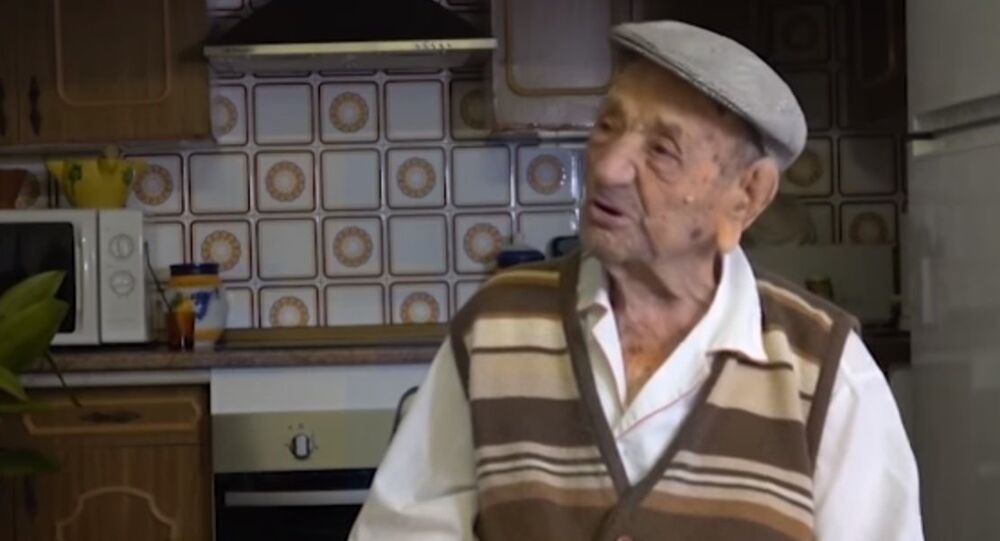 Francisco Nunez, who was considered the oldest man in the world after the death of the previous record holder Israel Kristal, has died in the Spanish province of Badajoz on Monday, according to the EFE agency.

The funeral of Francisco Nunez will be held later in the evening. The man died on Monday, the news only came out on Tuesday.

He lived in the village of Bienvenida, where he was born on December 13, 1904.

Nunez was 10 years old when the First World War began, in the 1920s he participated in the Rif war between the colonial Spain and France and the Confederal Republic of the Tribes of the Rif, also fought in Morocco.

While his wife died in 1988, he is survived by his four children, nine grandchildren and 15 great-grandchildren.

Nunez lived with his daughter, who took care of him. In an interview with local media, she once noted that her father did not keep to a diet, but his diet always included cheese.

Francisco Nunez Olivera, the world's oldest man, celebrated his 113th birthday in Spain. What does he attribute his longevity to? Vegetables and a daily glass of red wine, via @mindbodygreen

Despite the fact that the media recognizes Nunez as the oldest man on earth, he is not listed in the Guinness Book of Records, since he did not have the original documents to prove how old he was.

World’s Oldest Person Dies in US at Age 115