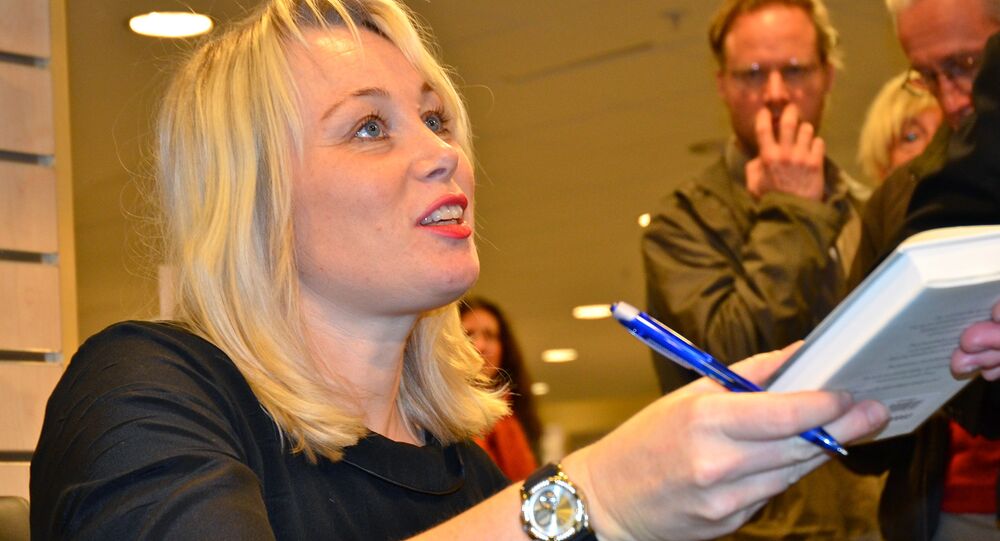 Kickstarter's ban against a crowdfunding attempt by a Swedish Conservative parliamentary candidate, who is writing a much-anticipated book about rape, has resulted in a torrent of direct donations greatly exceeding the initial goal.

"To survey the [Crime Prevention Council]'s statistics is thus 'racist.' Do you understand where we are heading? Freedom of expression is not threatened. It's throttled," a dismayed Ann Heberlein tweeted.

© AP Photo / David Keyton
Sweden Sees Spike in Rapes Amid Migrants' Speculated Prevalence in Sex Offenses
Gothenburg PR expert Bobbo Sundgren, who is known for having patented the PR-method called "talk trigging," predicted that Kickstarter's decision to stop the crowd-funding campaign has in fact done a good service to Heberlein. Likewise, Sundgren argued that being blocked on Facebook and hounded by "anti-racist trolls" has also boosted her popular support.

"The more she is hunted by the politically correct who distort reality and serve the big capital, the more attention and support she will get," Bobbo Sundgren told the Nyheter Idag news outlet.

And rightly so, the Kickstarter ban, coupled with the media attention, resulted in an avalanche of donations for Heberlein's project. By her own admission, she received over SEK 700,000 ($89,000) in less than two days.

"Now I'm looking forward to all the newspapers that wrote about Kickstarter stopping my project following up with the continuation: I collected SEK 700,000 in two days! We need more sunshine stories in the Swedish press," Heberlein wrote.

​The Nordic country, which takes pride in having the "world's first" feminist government and its stance on equality, has nevertheless received the unflattering moniker of Europe's "rape capital" due to a mindboggling spike in rapes in recent decades amid ongoing mass immigration.

In October 2017, a private survey revealed immigrants' drastic overrepresentation in sexual assaults, with men of foreign descent allegedly committing over 90 percent of rapes. The 80-page investigation involved over 4,000 rulings from 40 Swedish courts between 2012 and 2014, which is before the migrant crisis of 2015.

The Swedish authorities said they intended to remain firm on retaining the taboo around disclosing the perpetrator's nationality, a practice they have followed in recent decades. Last time a survey was compiled on the percentage of crimes committed by the foreign-born was in 2005. Ever since, profiling by nationality or race has been considered unethical and offensive both within the police and the media.

Sweden's Justice Minister Morgan Johansson argued that the common denominator for all the offenses in question is that the perpetrators were men, and it did not matter whether they were black or white.

Earlier in January, however, the Swedish government tasked the Crime Prevention Council (Brå) with researching the reasons behind the spike in rape cases (such as a 400 percent increase in Stockholm over the past two decades alone). As it is unclear how deep the government investigators are prepared delve into the matter, Heberlein's report is seen as an alternative.

Ann Heberlein is a writer and a lecturer of ethics at Lund University in southern Sweden. Heberlein is also an author and columnist for the newspapers Sydsvenskan and Dagens Nyheter, as well as the Christian paper Kyrkans tidning.