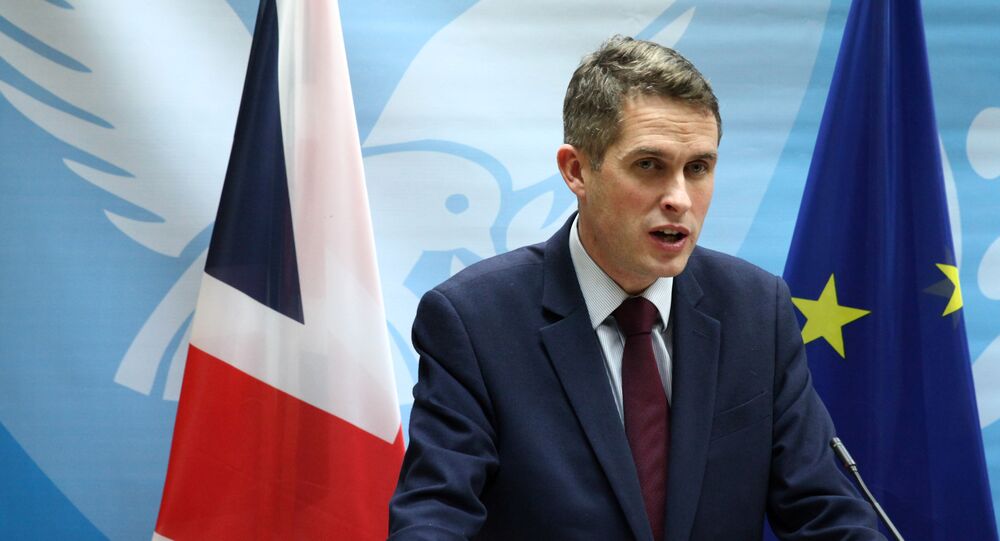 MOSCOW (Sputnik) - UK intelligence community was "furious" due to recent statements of Defense Secretary Gavin Williamson, who assumed that a Russian attack on the nation’s critical infrastructure could kill thousands, The Times reported Sunday, citing its sources.

"People­ at GCHQ [Government Communications Headquarters] were furious," a source told the media outlet, adding that Williamson could use some classified data partially received from UK allies.

The comment follows Thursday's Defense Secretary's statement during an interview with The Telegraph, claiming that Moscow was researching UK infrastructure connections to energy supplies for opportunities to create "chaos." According to Williamson, these alleged possible cyberattacks could kill thousands of people.

Sources suggest that disclosure of such details about Russia could anger the UK's intelligence partners.

"No one has ever gone that far before in quantifying the potential risk to life as a result of a destructive attack by Russia, or any other hostile nation, against Britain’s infrastructure. We wouldn’t want to speculate and be alarmist," the source told the media outlet.

The UK Ministry of Defense denied that Williamson used classified information, but confirmed that a complaint was made by a Foreign Office official about the "tone" of his interview.

Responding to the awkward Williamson's remark, Russian Defense Ministry spokesman Maj. Gen. Igor Konashenkov has already slammed it, stressing that the defense secretary in "his ardent struggle for military budget notes, seems to have lost understanding of the boundaries of the reasonable."

Moscow has repeatedly stated that Russia has never planned to attack any NATO member. Russian Foreign Minister Sergey Lavrov has said that NATO member states recognize this but use the pretext of alleged Russian aggression to deploy more equipment and battalions next to Russian borders.