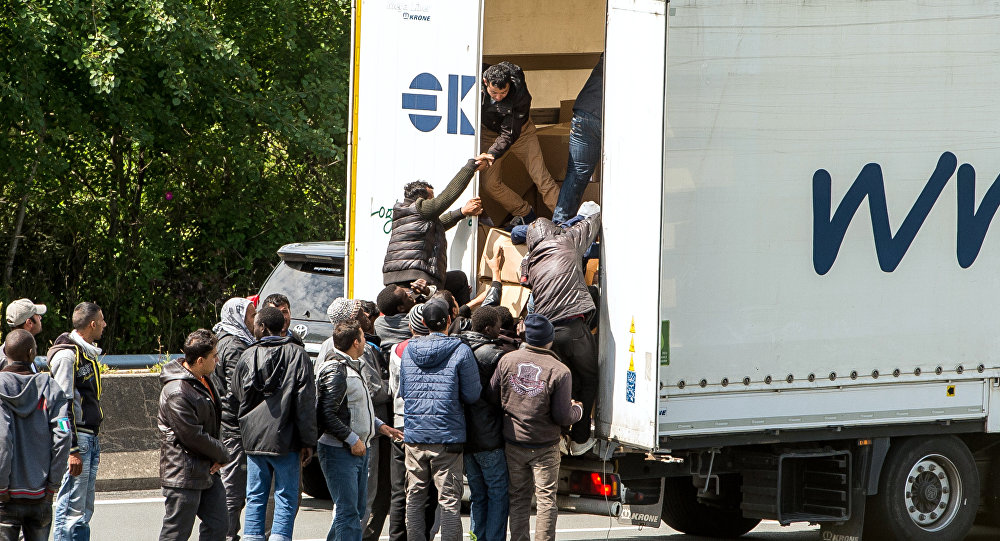 The president of the Belgian trade union Federation of Transport and Logistics (SECOP-ITSRE) Alain Durant told Sputnik France that Belgian truck stops have become a magnet for migrants and refugees seeking to cross La Manche (the English Channel).

Durant’s remark follows a statement made by Theo Francken, Belgian Secretary of State for Asylum, Migration and Administrative Simplification, who has recently called on the European Union to tackle the pressing issue of the transit of migrants via the country’s motorways. Francken has also urged Great Britain to allocate resources to reinforce the security measures at parking spots along the roads.

Durant has revealed that many migrants try to find shelter in lorries and trailers, to hide there so that they can eventually end up in England, which they consider an El Dorado.

“Usually, there are between 5 and 10 people who can easily open the back door and hide behind cargo. It is quite hard for the driver to notice such passengers.”

The president of the union gave more details, saying that the asylum-seekers may be extremely resourceful when it comes to hiding. If the back door is locked, they might as well ride on the truck’s roof.

He added that there were, however, many other obstacles on their path, including scanners at Belgium-Britain checkpoints that allow them to detect people inside the trucks due to a thermal imager.

Durant expressed concerns over the safety of drivers, saying that some of them have already suffered from attacks by migrants.

“The problem is that there is no adequate policy on the situation… Hence, the demolition of the Calais Jungle Camp in France cannot solve the problem.”

© AP Photo / Emilio Morenatti
Oct. 26, 2016 file photo people walk past as thick smoke and flames rise from amidst the tents after fires were started in the makeshift migrant camp known as "the jungle" near Calais, northern France.

He noted that refugees and migrants erected improvised tents, which are surrounded by piles of trash.

“Migrants have flooded the motorways; rest areas closed because of them two or three months ago, but they relocated to other parking places.  Conducting an appropriate policy on taking migrants in is totally different from ensuring safety at parking spots.” 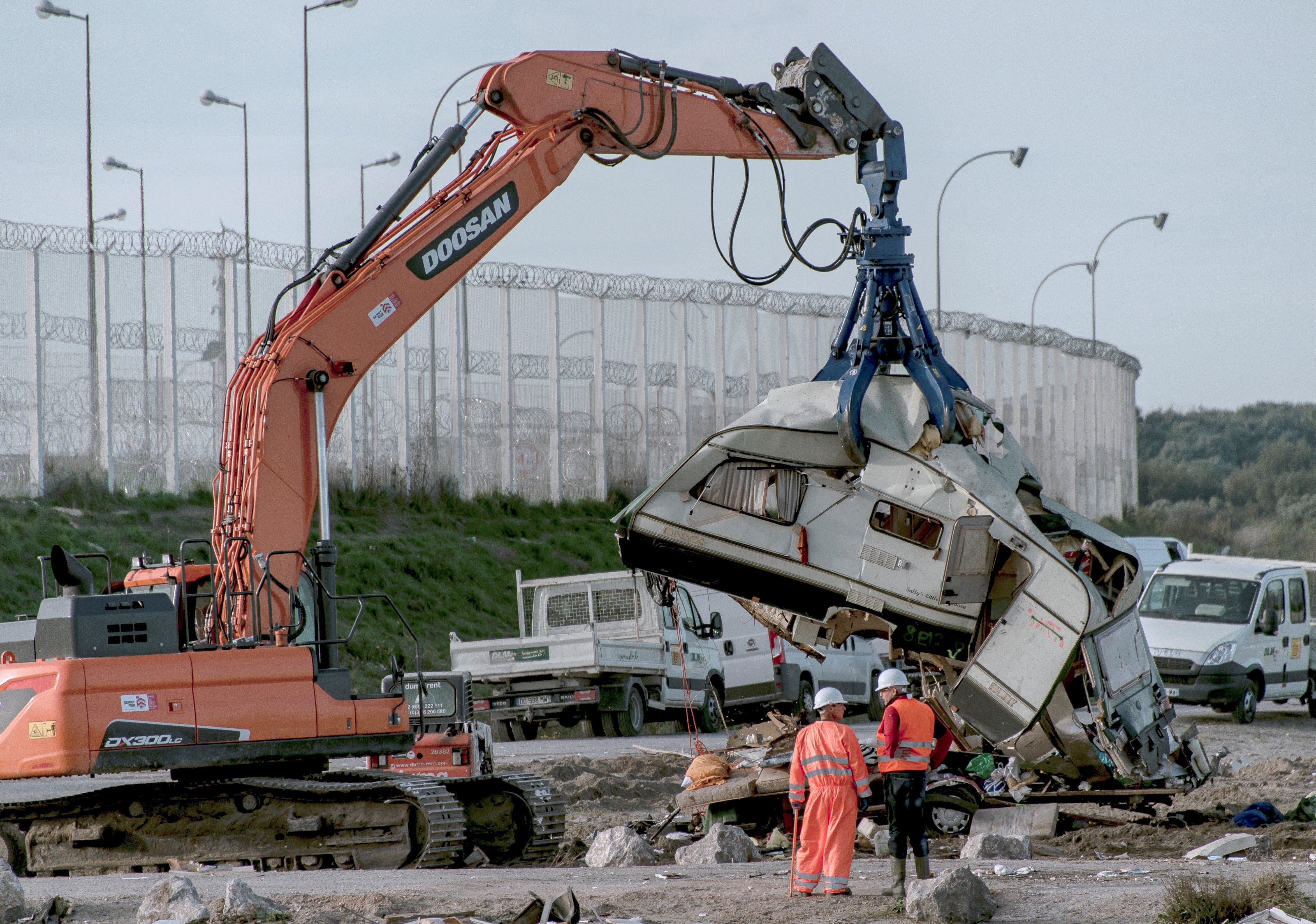 © AFP 2019 / PHILIPPE HUGUEN
Workers watch as a crane destroys a caravan, once used as a makeshift shelter, at the site of the 'Jungle' migrant camp, on October 31, 2016 in Calais, northern France, as a massive operation to clear the settlement nears completion

Since 2015, Calais has been home to a large migrant camp, notorious for its appalling living conditions. Thousands of migrants and refugees have been trying to reach the United Kingdom through the English Channel. The camp was completely destroyed on October 31, 2017, with French authorities the moving migrants to other facilities across the country.