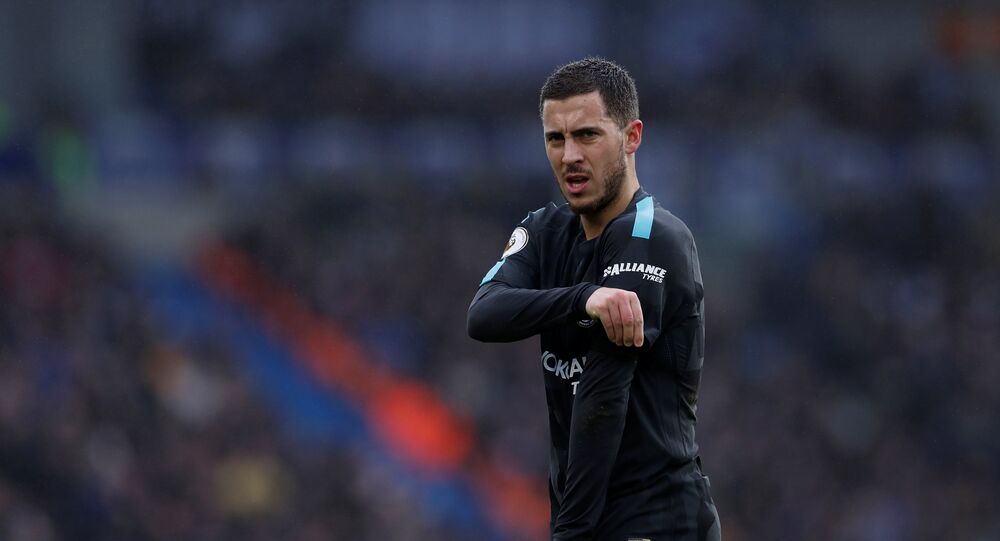 Manchester City’s head coach Pep Guardiola has his sights on the Belgium winger and is ready to shell out a transfer record worth £150 million ($212.3 million) to bring him on board.

With Hazard’s current contract with Chelsea not set to run out until 2020, Chelsea would like to tie their star player to a new deal in a bid to keep potential suitors at bay.

© AP Photo / Rui Vieira
Manchester United Manager Swallows Pride and Signs Romelu Lukaku for $97Mln
The Belgian appears in no hurry to ink another contract, however, with his father saying the 27-year-old hopes that Real Madrid will make a move for him in the summer, the Sunday Express wrote.

However, with Real Madrid in a free-fall after slipping to fourth in La Liga and having to win the Champions League to stay afloat, Manchester City has a good chance of signing Hazard.

If this is what is going to happen, Hazard’s wages would be similar to those of Kevin De Bruyne, who agreed to a new five-year deal with City earlier this week worth close to £350,000 ($495,000) a week.

As for Chelsea, the club has never hesitated to sell its stars if the price is right, having parted company with the likes of Romelu Lukaku, Juan Mata, Oscar and Nemanja Matic over recent seasons.

Bargains Galore: Who's Going Where in European Football's January Sales?