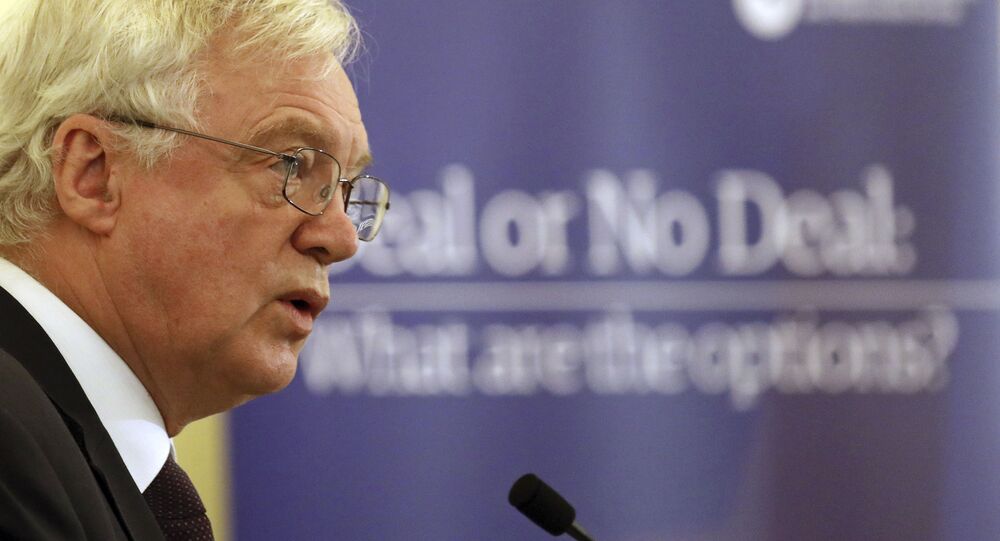 UK Brexit Secretary David Davis has commented on the latest developments in the UK-EU talks on Brexit, stressing the necessity to discuss regulations, that can provide clarity during the transition period.

"Our immediate goal is to reach an agreement on the implementation period," Davis announced in a speech. "And because our objectives are largely the same, I am confident that political agreement can be reached at the March European Council."

Commenting on the impact of the UK's secession from the bloc, Davis stated that the existing trade deals should continue to apply during the Brexit implementation period, calling the speed to be of the essence in the talks.

"These trade deals are by their definition mutually beneficial… it's in the UK and EU's interest that deals that have already been signed stand during this period," he said, adding that "approach the implementation period the bridge to this new relationship".

Speaking about the development of the negotiations with Brussels, Davis underlined that both sides should not commit to undermine each other in talks, noting the necessity to discuss regulations that can provide clarity to companies during the transition period.

"We must discuss how regulators and agencies can best provide continuity and clarity during this period in a way that benefits everyone," he said, adding that Britain would attempt to find a way to resolve concerns surrounding any new laws that are introduced during the implementation phase, if the country has not been involved in their creation.

The minister outlined the UK's approach to the secession issue, saying that he, Finance Minister Philip Hammond and Prime Minister Theresa May share common goals over Brexit, for it to serve "the British economy and the British people".

The negotiations on Brexit between London and Brussels started on June 19 and are expected to conclude by the end of March 2019, after which the two sides will likely adjust to new regulations during a two-year transition period.