A third of sexual abuse reports in 2017 involved abuse against children, according to Norwegian police chief Odd Reidar Humlegård.

Despite the overall decline in crime, reported sexual abuse, above all against children, is on the rise, according to the recent figures for 2017 published by the Norwegian police.

"It's a huge boost. This is partly due to an increased detection of 'dark numbers,' and partly because it has a greater spread, especially in network-related cases. They involve many people and have been going on for many years," Humlegård told national broadcaster NRK. 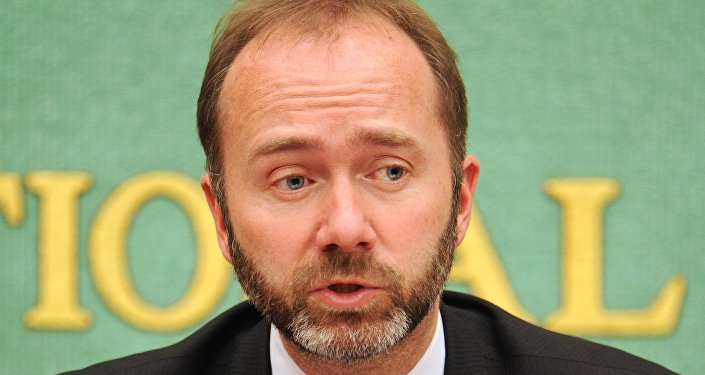 © AFP 2019 / KAZUHIRO NOGI
Norwegian Labor Leader Steps Down as #Metoo Claims First Big Scalp
The police chief referred to the Dark Room case, in which a pedophile ring involving dozens of people was detected, and the Tysfjord case, in which over 150 rapes and sexual assaults happening over decades in the tiny eponymous municipality in the Arctic were brought to light.

"Often, the child knows the perpetrator. Often these are people they are attached to, and it happens in a life situation from which the child cannot escape," Humlegård said, as quoted by Norwegian TV-channel TV2.

As regards other crime, though, Norway has seen a steady decline for five consecutive years, the police reported.

"Between 2013 and 2017, there's been a decline of 70,000 registered cases, which is very much," Humlegård said emphasizing a marked drop in crimes against property, in particular burglary, theft and robbery, which have fallen between 40 and 55 percent over the past five years.

In 2016, Statistics Norway reported the lowest crime rate in 24 years, with 336,500 reported offences, prompting an increase of confidence in police work for the third consecutive year, reaching a solid 83 percent.

"Where people don't feel safe is online. There is a lot of cybercrime going on, and it's increasing greatly. Fraud, scams, threats, bullying. The police must follow up," Humlegård said, pointing out that confidence in the police reached its lowest point in such matters.

"Nevertheless, we are entering a future when crime is moving from the street to the net," Listhaug told NRK.