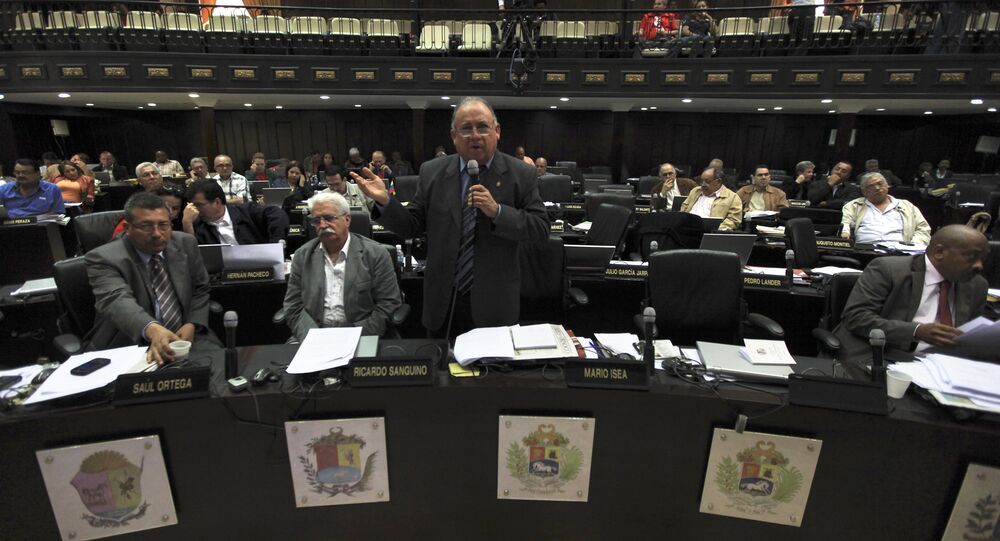 The move was made after on January 25, the Venezuelan government gave Spanish ambassador Jesus Silva Fernandez 72 hours to leave the country after declaring him a persona non grata, explaining its decision by Spain's "aggression."

On the same day, Venezuelan President Nicolas Maduro announced he was planning to run for the second presidential term.

The Venezuelan ambassador is not currently in Spain, because he had been recalled for consultations with the Venezuelan government, de Vigo noted.

The move was taken three days after the EU announced its new round of sanctions against seven Venezuelan officials, including travel bans and the freezing of assets, connected with the political crisis under President Nicolas Maduro.

Maduro, in his turn, accused Madrid of leading, alongside Washington, what he called international economic sabotage against Venezuela.

The European Union had introduced the first punitive measures against the country in early November 2017, which was followed by US President Donald Trump's executive order imposing new financial sanctions against the Venezuelan government in order to put financial pressure on the Maduro-led government.

Venezuela has been engulfed in turbulence since last March, when the Venezuelan Supreme Court decided to restrict the power of the legislature. The decision provoked large-scale protests led by the opposition, which were further fueled by elections to the Constituent National Assembly, initiated by President Nicolas Maduro.

According to the country's president, it was aimed at stabilizing the situation in the country amid the ongoing economic and political crises, but the opposition was strongly against the move, regarding it as an attempted coup.