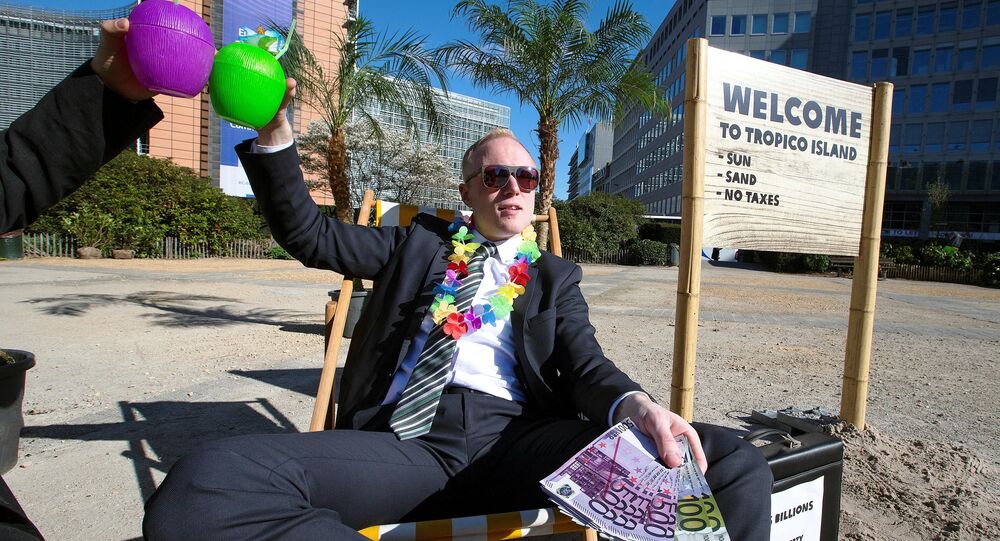 The European Union has lifted eight countries, among which are South Korea and Panama, from its blacklist after they vowed to deal with the bloc's concerns about offering tax havens for wealthy individuals and corporations, AFP reported.

The United Arab Emirates, Tunisia, Mongolia, Macau, Grenada and Barbados were also removed from the list of countries that encourage tax dodging practices.

© CC BY 2.0 / Trocaire / Campaigners at the IF campaign concert in Belfast Botanic Gardens
Brussels' Tax Haven Blacklist Should Include Four EU Members – Oxfam Tax Expert
The move of the EU has drawn much criticism as opponents of such decision say that from now on efforts to address the issues of money laundering and tax avoidance will lead to nothing.

The EU calls its listing process beneficial as it "prompted countries to improve their tax systems, in line with international standards," with many countries closely cooperating with the bloc and making "firm commitments to fix problems identified in their tax systems," whereas many others "actually improved their standards immediately, in response to the EU listing exercise."

The EU's list of non-cooperative tax jurisdictions was issued in the wake of the leak of the "Panama Papers" which included thousands of leaked files from Panama-based law firm Mossack Fonseca, which have revealed alleged illegal finance practices of officials and public figures from various countries.

Panama: Pivoting Between the US and China

After Panama, Beijing to 'Put More Pressure on Taiwan' Over One-China Principle