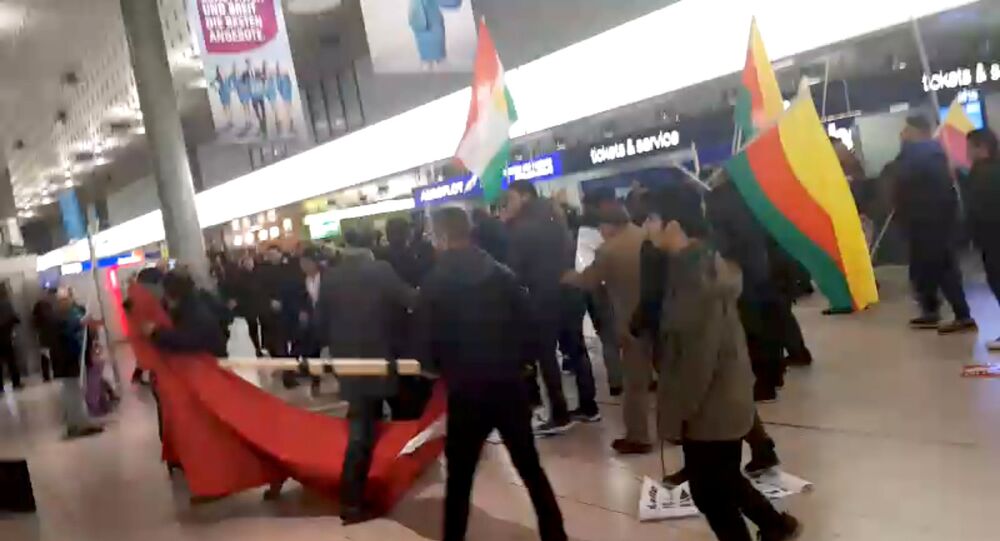 MOSCOW (Sputnik) - Kurdish protesters and Turkish passengers began brawling inside the airport of the German northwestern city of Hannover, with two people receiving minor injuries as a result, police said.

The incident took place late on Monday in Terminal B and was caused by a spontaneous demonstration of Kurdish people against Turkey's military actions in Syria.

The demonstrators yelled accusations against Turkish President Recep Tayyip Ergodan. The Turkish passengers, who were awaiting their flight to Istanbul, attacked the Kurds, delaying the flight by over 30 minutes, according to media reports.

According to preliminary data, some 180 people were present at the site of the incident, and the authorities had to use tear gas against 20 individuals involved in the fight in order to keep the situation under control, according to police.

A criminal investigation into the incident was launched, according to the German authorities.

The incident comes against the backdrop of Turkey's operation dubbed the "Olive Branch" against the Kurdish forces in the Syrian district of Afrin, started by Ankara on Saturday.