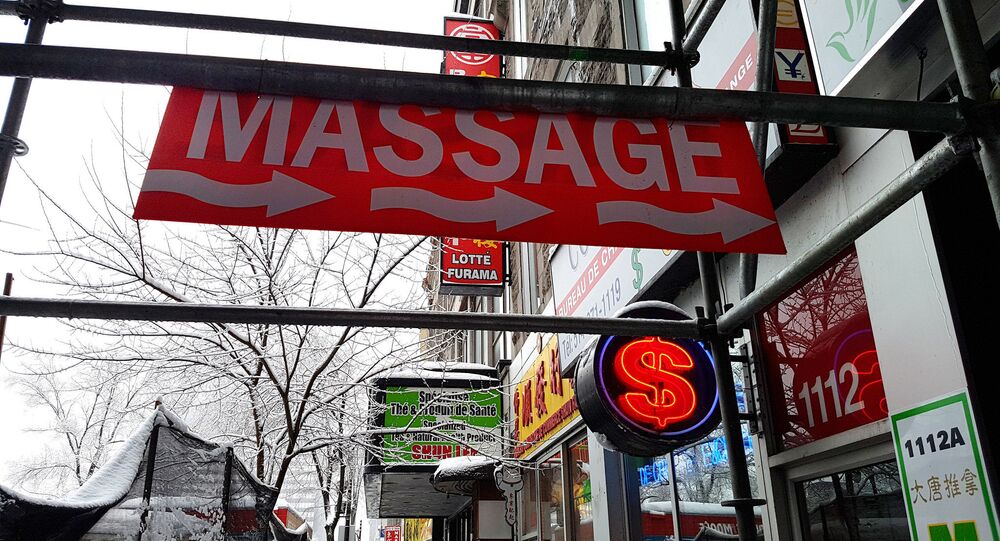 Despite having criminalized the purchase of sexual services almost 20 years ago, Sweden continues to tussle with this problem. A recent trend involves alleged brothels operating under the respectable guise of massage parlors.

Although some legislators in Sweden are intent on making buying sex abroad a crime, it continues to struggle with prostitution issues at home. Suspected bordellos disguised as massage parlors now threaten the country's feminist reputation. In 2017, the police suspected sex trade happening at 30-40 salons in Gothenburg and Malmö alone, Expressen reported.

A journalist investigation by national broadcaster SVT revealed yet another massage parlor offering sexual services in the city of Malmö. The lounge is heavily promoted on the social media with salacious photos of female masseurs from behind. A closer inspection revealed that massage parlor ads were being placed on sex and escort sites.

© CC0
Sweden's Sex Laws Earn It 'Most Unromantic Country' Moniker by German Media
Apparently, female customers are not welcome there, as SVT unsuccessfully tried booking a massage with a female "customer," only to be informed that the parlor is fully booked. By contrast, a male "customer" was instantly offered a slot within an hour.

In Sweden, where only the purchase and procurement of sex is criminalized, the boundary for what constitutes a sexual act is very vague. Naturally, the police don't automatically grab everyone who visits massage parlors.

Claes Lernestedt, a professor of criminal law at Stockholm University, argued that laws on the purchase of sex have not markedly changed despite a major expansion of what is defined as sexual offence, which now includes so-called "infidelity checks" and sexual abuse on the internet. Therefore, it's nearly impossible to determine whether naked massage constitutes a sexual act or not, SVT reported.

"There have still been few convictions for pimping in recent years. In fact, the level of convictions has not changed markedly," Kajsa Wahlberg, a criminal commissioner at the police's national operating department, told Swedish Radio, venturing that sex purchases are made throughout the country on a daily basis.

In 2016, 602 purchases of sexual services were reported. About half of the reports led to a trial.

"If we look at the women who are bought and sold in Stockholm today, about 75 percent of women are from a country other than Sweden. Where do they come from? They come from Romania, Nigeria, Bulgaria, but also from South America on occasion. What nationality dominates? Romania, as is the case in many other European countries," Wahlberg explained.