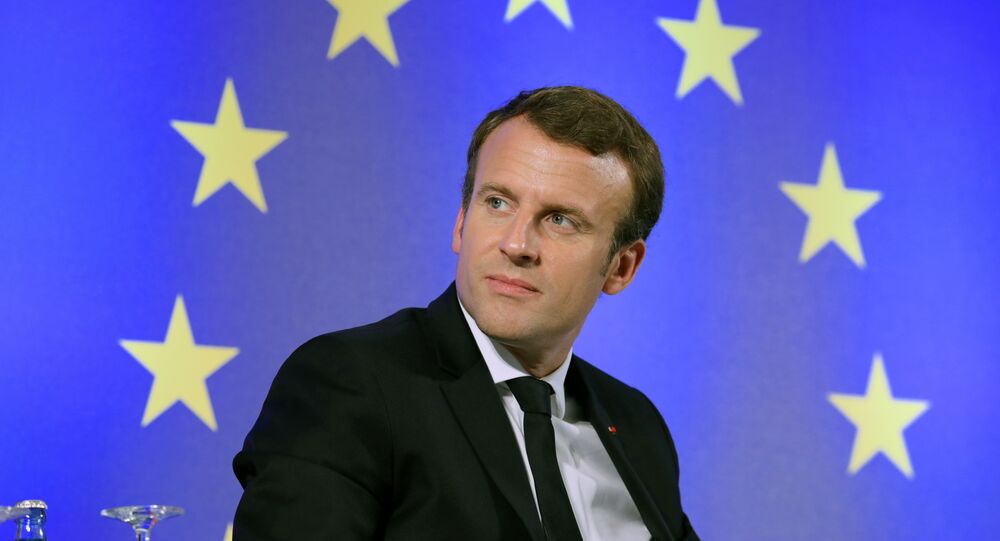 President Emmanuel Macron has pointed out that French voters would have "probably" supported their country withdrawing from the EU if a Brexit-like referendum was held in France.

In an interview with the BBC, French President Emmanuel Macron said that "you always take a risk when you have such a [Brexit-like] referendum, just 'yes' or 'no' in a very complicated aspect."

He emphasized that France would "probably" have the same result as Britain if it had had such a referendum.

"Probably, in a similar context, but our context was very different, so I don't want to make any, I mean, take any bets. But I would have definitely fought very hard to win," Macron added.

The remarks came more than six months after then-candidate Macron told the BBC about Europe facing Frexit if relevant reforms do not take place in the bloc.

"So we have to reform this Europe, we need a new European Union in [our] situation, to protect our people and to regulate our globalization. If the day after I decide to follow up and pursue the current functioning of the EU, I betray my people, I wouldn't want to do so because the day after that, we will have a Frexit or the Front Nationale again," Macron stressed.

The issue of Frexit was something that had been repeatedly touted by right-wing French presidential candidate Marine Le Pen during her pre-election campaign.

In the latest interview with the BBC, Macron also made it plain that he would have welcomed a possible UK re-entry, saying that "I do respect this vote and I do regret this vote."

"And I would love to welcome you again," Macron pointed out, in an apparent reference to Britain.

Speaking at a joint press conference with UK Prime Minister Theresa May at Sandhurst Military Training College last week, the French President rejected the idea of a tailored Brexit deal, saying that the UK will not be allowed to fully enter the EU's financial markets if London fails to pay into the EU budget.

Brexit negotiations kicked off between Britain and the European Union on June 19, 2017, and are due to complete by the end of March 2019.
The talks' first phase focused on the protection of EU citizens' rights in the UK, the British-Irish border and London's financial obligations to Brussels after the withdrawal.

READ MORE: Isn't It Ironic? Post Brexit British Passport Could Be Made in France

The second stage began in December and deals with the post-Brexit  transition period in the EU-UK ties as well as future trade and security collaboration between the two sides.