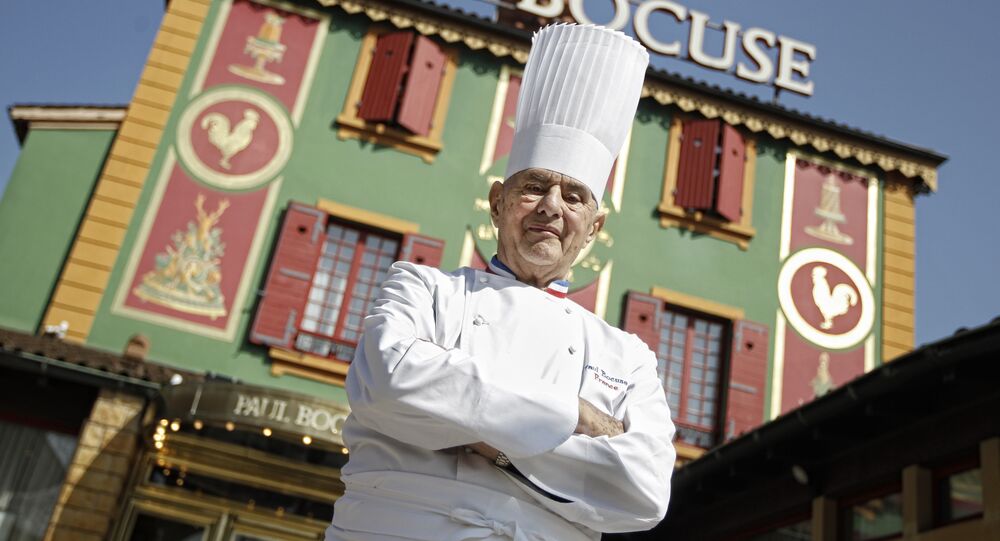 The world-renowned French chef died Saturday at Collonges-au-Mont-d’Or, the place where he was born and had his restaurant.

Paul Bocuse was the man behind the French culinary movement known as nouvelle cuisine. He shaped a style of cooking at the Auberge du Pont de Collonges, his three-star Michelin restaurant near Lyon. The restaurant has held on to its star status for the past 50 years.

One of his most famous dishes was the truffle soup V.G.E., which included foie gras, chicken broth and was baked in a single-serving bowl covered in puff pastry.

© AP Photo / Jean-Paul Pelissier
'Envy of the World': Macron Wants Baguette to Be Recognized as Cultural Heritage
The soup was first served at a dinner at the Élysée Palace in 1975 and was named after the French President Valéry Giscard d’Estaing, who had just awarded Mr. Bocuse the French Legion of Honor.

Bocuse inspired chefs from around the world, and his restaurant empire extended to the US and Japan.

The French President, Emmanuel Macron, described Bocuse as “the incarnation of French cuisine”.

“His name alone sums up French gastronomy; his generosity, his respect for traditions but also his innovation,” Macron said. “Today French gastronomy has lost a legendary figure who transformed it profoundly. Chefs are crying in their kitchens at the Elysée and everywhere in France. But they will carry on his work,” the French president added.

Bocuse underwent a triple heart bypass in 2005, and he was also suffering from Parkinson’s disease.