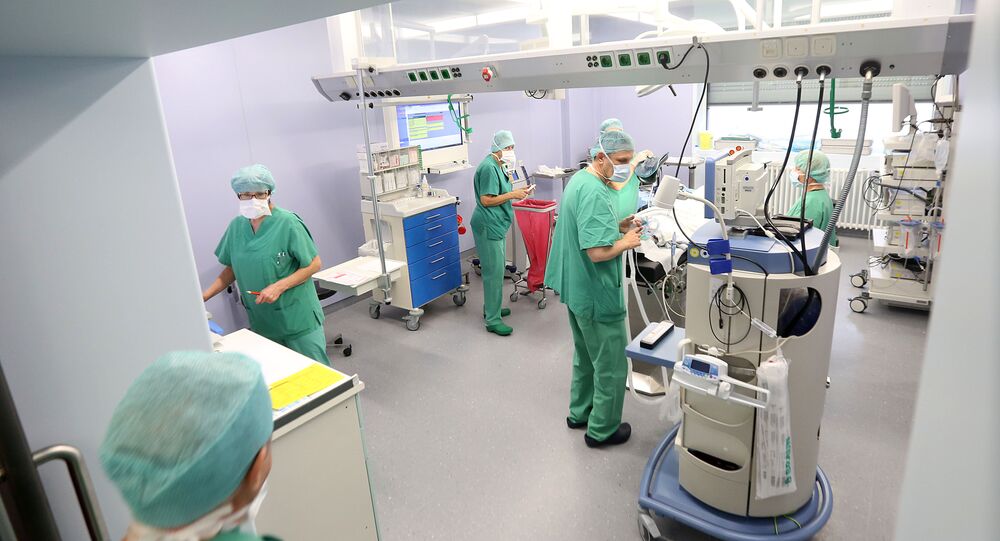 Britain's National Health Service is still facing unsustainable, endemic financial problems despite being given a number of one-off payments designed to stablize its position, according to an official report published on Friday, January 19.

The report by the National Audit Office found that despite additional funding being made available and the introduction of new reforms, the NHS is still failing to manage to cope with increased demands being made on its services — in particular at accident and emergency departments across the country as well as cancer treatments.

Its shortcomings are revealed at a time when health services in the UK are already struggling to cope with the worst winter crisis in many years as the number of flu-related illness continues to put further added pressure on hospitals where bed occupancy is presently running at 95 per cent in many instances.

The latest NAO report has already been seized upon by medical staff, health organisations and Britain's opposition political parties who claim it highlights the plight facing the NHS and the lack of a long-term plan.

Transforming services requires investment, yet most of the Sustainability and Transformation Fund is being spent on addressing acute hospital deficits rather than being invested in new service models, which is holding back progress says @profchrisham https://t.co/vpJp5dbu95

Yesterday I went to Lincoln Hospital, one of many that is being failed by this Tory government.

Join us tomorrow as Labour campaigns across the country to defend our greatest institution: The National Health Service.

This money was, however, seized upon to allow health services to continue to cope with existing pressures as well as fill a gaping hole in many hospital trust finances.

Initially the additional monies had been intended to allow health providers in England to introduce a series of new reforms but was later used to bail out hospitals already struggling to cope with extra demands being placed on them.

Despite the one-off payment, the National Audit Office found health spending real terms had increased by 3.9 per cent a year since 1948, although current plans will see this fall to an average of just 1.9 per cent in the coming years as the NHS faces its tightest financial squeeze in history.

Amyas Morse, head of the NAO, said: "The NHS has received extra funding, but this has mostly been used to cope with current pressures and has not provided the stable platform intended from which to transform services."Repeated short-term funding boosts could turn into the new normal, when the public purse may be better served by a long-term funding settlement that provides a stable platform for sustained improvements.

Clearly when it comes to allocating funds sucking up to Monsieur Macron is more important than The National Health Service. pic.twitter.com/drEUCe78dR

Commenting on the findings, the British Medical Association said it merely demonstrated the NHS was simply "firefighting."

Meg Hillier, MP, the chair of the Commons public accounts committee, said the findings were shocking for those people affected this winter by overcrowded hospitals and cancelled operations. "The committee has called for a long-term plan for the NHS — the recent winter crisis hammers home why this is so vital," she said. "The department of health's recent cash injections have been spent on patching up the problems, not preparing it for the future."

"Ministers have failed to increase per head spending in real terms each year, a key election promise, and there are still no details of a long overdue pay rise for NHS staff," he said.

A spokesperson for the Department of Health and Social Care said: "As this report recognises, the NHS has made significant progress towards balancing the books and returning to a financially stable position — to support this we recently gave it top priority in the Budget with an extra £2.8 billion (US $3.425 billion) on top of a planned £10 billion a year increase in its budget by 2020/21."