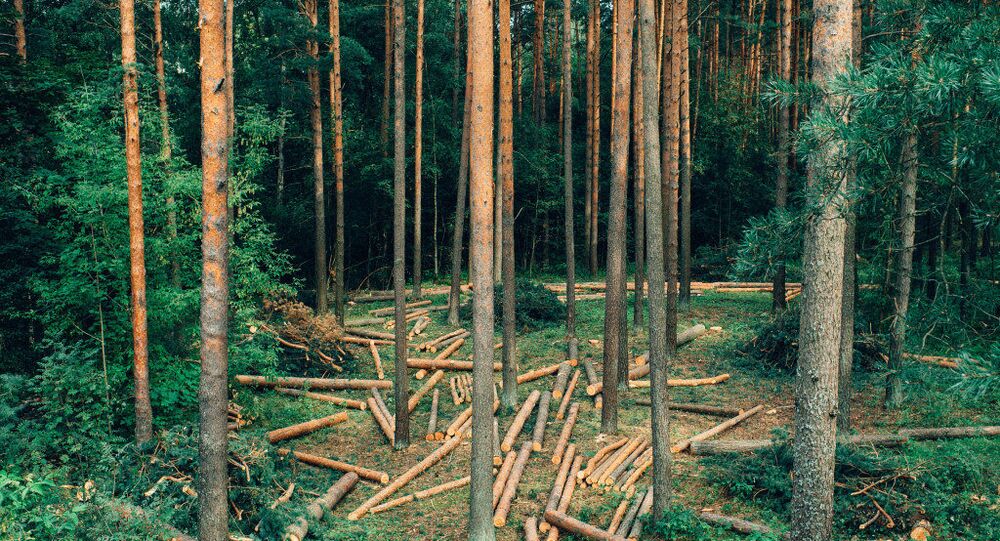 After a long struggle to boost appalling employment figures among the new arrivals, the Swedish government has presented a new initiative involving menial environmental-friendly tasks, which require next to no qualifications, yet demand an over $100 million investment.

Despite having been repeatedly described as a "rain of competence," the mass influx of migrants has widened the gap between ethnic Swedes and "new arrivals." To counter the broadening gap, Sweden is testing unorthodox methods, such as employing immigrants in unskilled jobs such as picking brushwood or tidying beaches.

Simple jobs are presented as a welcome way into the labor market for the newly arrived and the long-term unemployed, seen a sort of a springboard for switching to more qualified labor in the future. The project will involve up to 5,000 people in three years' time. Over this period, they are intended to gain skills for future employment in forestry and nature conservation. Having successfully completed their courses, the participants will receive a license to use a sawmill and a chainsaw.

"The aim is to give new arrivals and long-term unemployed a chance for a good education and job experience, so that they can work in the green industries," Industry Minister Mikael Damberg told Swedish Radio.

© AFP 2020 / TT NEWS AGENCY / STIG-AKE JONSSON
Sweden Forks Out to Occupy Unskilled Migrants With No Desire to Study
Environment Minister Karolina Skog argued that the initiative was killing not two, but three birds with one stone.

"We receive three benefits from this investment. One: we have a lot of jobs that need to be done around the country. Two: some people find it hard to get into the labor market. And three: an industry branch with troubles finding labor. This effort solves all three problems," Karolina Skog told Swedish Radio.

In total, 26 authorities are involved in the project coordinated by the Forest Board. New jobs are being planned throughout Sweden, with an emphasis on the Stockholm metropolitan area, the southernmost Skåne County, the island of Öland and the Norrland coast.

Although hailed by top-ranking politicians, economists and business leaders, the migrant crisis, during which Sweden, a nation of 10 million, received over 200,000 asylum seekers, has resulted in broadening disparities between ethnic Swedes and "newcomers" in terms of living standards and employment, ascribed to poor command of the Swedish language and lack of a higher education.

Despite the Swedish doing well and immigration described as necessary to keep it going, it takes a "new Swede" an average of nine years to get a job. While the general level of unemployment hovers at about 7 percent and dropping to as low as 2.5 percent among ethnic Swedes, a quarter of those born abroad are unemployed.

In 2017, Torbjörn Hållö of the Swedish Trade Union Confederation (LO) highlighted that six out of ten people registered with the employment service were foreign-born.