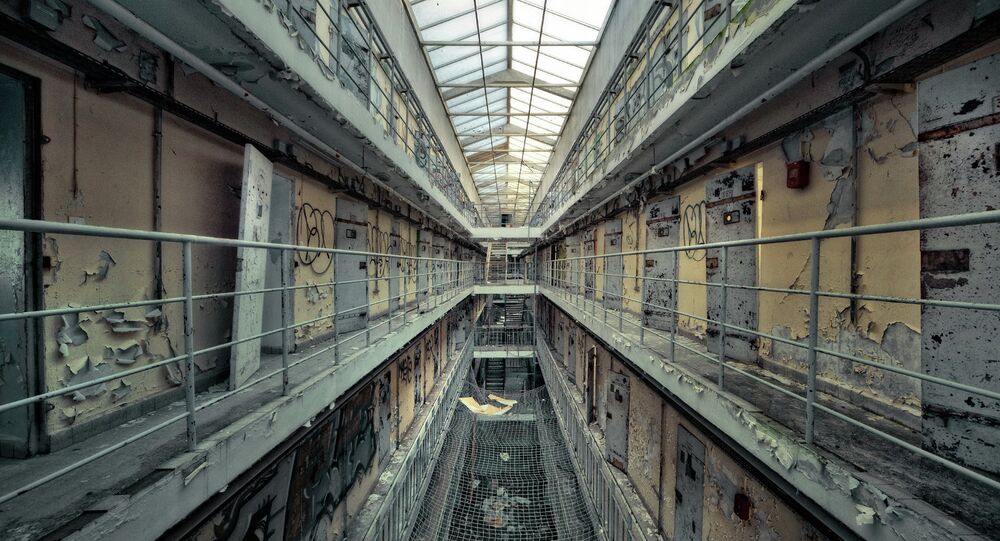 In one of the most damning reports ever on a British penal institution, living conditions at HMP Liverpool have been described by inspectors as the worst they can ever recall in an official report published on January 19, 2018.

Prison bosses have now been summoned to appear before UK MPs to discuss the "abject failure" surrounding living conditions at the jail after it emerged how one prisoner with complex mental health issues was left for weeks in a dark, damp cell with no furniture other than a bed, broken windows, exposed wires and a blocked lavatory as inspectors also discovered the jail was over-run by rats and cockroaches in some of the worst surroundings imaginable.

It was only after the personal intervention of the chief inspector of prisons, Peter Clarke, the inmate was moved "from such appalling conditions."

The report into HMP Liverpool — a category B jail — comes following a decision by the chief inspector to invoke a new procedure for the first time to demand urgent action by the new justice secretary, David Gauke, to intervene at HMP Nottingham prison, which inspectors found last week to be "fundamentally unsafe."

The government-appointed minister now has just 28 days to respond and implement changes to rectify the appalling conditions at the Victorian-era establishment.

Now Mr.Gauke will also have to contend with the official report into HMP Liverpool after an inspection there was carried out in September and found the 1,155 prisoners had to endure squalid living conditions, including rats, cockroaches, damp, dirt, hundreds of broken windows with jagged glass in the frames as well as filthy and leaking toilets.

Conditions at HMP Liverpool with rat infestations, filthy and leaking toilets, broken windows, damp + squalor are the worst ever seen by the inspectors. This is a new low in the long list of damning evidence of how Tory cuts + outsourcing are fuelling a crisis in our prisons. (1)

This matters: Prison is supposed to be punitive. But it has to offer a chance at rehab too. That can’t happen if inmates are swamped with drugs, death, rats and violence #HMPLiverpool https://t.co/VSW3qUStDF

Severely ill inmates at HMP Liverpool waited days to be seen due to poor care and a lack of staff. The review of mental health provision comes just two months after it was reported patients at the prison were dying because of healthcare errors. https://t.co/bXdJAhla5S

In his report the chief inspector said he was informed by a senior member of staff that the rat-infested piles of rubbish had not been cleared by prisoners because they presented a direct health and safety risk.

"It was so bad that external contractors were to be brought in to deal with it. In other words, this part of the jail had become so dirty, infested and hazardous to health that it could not be cleaned," the report stated.

The report said violence had soared — there were 44 attacks on staff and 103 on prisoners in the six months to last July, compared with 14 and 59 at the last inspection in 2015.

Mr. Clarke said: "The inspection team was highly experienced and could not recall having seen worse living conditions that those at HMP Liverpool. Many cells were not fit to be used and should have been decomissioned. I saw piles of rubbish that clearly been there for a long time, and in which inspectors reported seeing rats on a regular basis.

Nearly two-thirds of inmates claimed drugs were eash to get hold of and staff had recovred 32 drones carrying illicit contraband in six months — more than one a week. Four prisoners had killed themselves since the previous inspection and two more suspected suicides occurred shortly after the latest visit.

The chief inspector revealed the prison also had a backlog of more than 2,000 maintenance tasks.

"It is hard to understand how the leadership of the prison could have allowed the situation to deteriorate to this extent… The inspection team was highly experienced and could not recall having seen worse living conditions than those at HMP Liverpool," said Mr. Clarke.

"We could see no credible plan to address these basic issues. On the contrary, the presence of inspectors seemed to provoke some piecemeal and superficial attempts at cleaning and the like, but the fear was that this would stop as soon we left, which is clearly what happened after the last inspection."

— Safe staffing level considered to be 1 officer per 30 prisoners; ratio has been as bad as 1:100

— At times that has meant FIVE officers responsible for 1,100+

The report revealed that half the prisoners remained locked in their cells during the working day, violence of all kinds had increased since the previous inspection in 2015, and nearly two-thirds of prisoners said it was easy or very easy to obtain drugs.

Drug-carrying drones were described as a serious problem, with staff recovering 32 in the six months leading up to the official inspection.
Clarke, a former head of the Metropolitan police counter-terrorism command, made it clear in his report that blame for the situation rests on the national leadership of the prison service as much as local prison governors.

"We saw clear evidence that local prison managers had sought help from regional and national management to improve conditions they knew to be unacceptable long before our arrival, but the resulting support was inadequate and had made little impact on outcomes for prisoners," concludes the chief inspector, describing the "abject failure of HMP Liverpool to offer a safe, decent and purposeful environment".

Unacceptable
Michael Spurr, the chief executive of Her Majesty's Prison and Probation Service, responded to the report, admitting that the conditions at Liverpool were unacceptable. A new governor has since been  appointed following the inspection, the prison's capacity has also been reduced by 172 places and the maintenance backlog halved, while an action plan is also being published.

"Liverpool has a dedicated staff who are committed to providing a safe and decent environment for prisoners. The governor will get the support she needs to deliver the action plan and make the changes necessary to substantially improve the performance and conditions at the prison," said Mr. Spurr.

Bob Neill, the Conservative chair of the Commons justice committee, later described the report as one of the worst he had seen and he was sceptical the response would resolve the problems. He announced he was taking the unusual step of summoning prison chiefs next week to consider their response.

"A situation as bad as this raises urgent questions for the prison's leadership, regional and national management and for the government, who seem to have collectively failed in their duty," he said.

So-Called 'Jihadi-Wings' to Be Set Up in British Jails