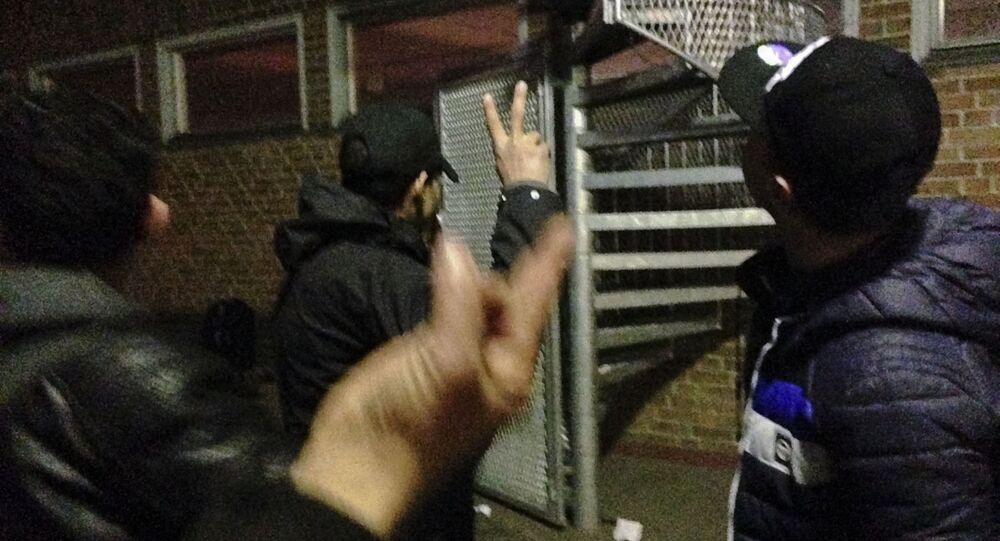 Despite Sweden's self-perception as the epitome of gender equality and social justice and contrary to the efforts of "world's first feminist government," rape and sexual abuse of women and has been on the rise over the past several decades, with the increase reaching an astonishing 400 percent in the Swedish capital.

The number of reported rapes in Sweden has increased by 10 percent in 2017, new figures from Sweden's Crime Prevention Council (Brå) have shown. A total of 7,230 rape cases (667 more than the year before) were reported in the country most affected the #MeToo anti-harassment movement.

In total, almost 21,500 sexual offenses were reported in a Sweden which sees itself as the epitome of gender equality and social justice. This is an increase of 8 percent or 1,600 offenses, compared with 2016.

Of them, the number of reported crimes featuring sexual coercion and exploitation increased by 7 percent to 1,330 and the number of reported offenses on sexual abuse increased by 3 percent to 10,800 crimes. Incidentally, sex-related attacks on girls aged under 15 fell by four per cent, while they were up eight per cent for boys in the same age bracket.

© CC0
Sweden's Sex Laws Earn It 'Most Unromantic Country' Moniker by German Media
Over the past decade, reported sex-related attacks have increased by 34 percent. While experts attribute this spike inwomen being increasingly encouraged to report all forms of harassment that would have been ignored in the past, this may only be the tip of the iceberg, as only 11 percent of victims of sexual offenses reported incidents to the police.

Additionally, many have suggested a link between the increase in rape and mass immigration to the Nordic country. In late 2017, an independent report suggested that migrants, who by conservative estimates from Statistics Sweden constituted about 23.6 percent of the population, were severely overrepresented in crimes of a sexual nature, accounting for over 90 percent of rapes and gang rapes.

Jerzy Sarnecki, a professor of general criminology at Stockholm University and one of Sweden's leading experts on crime, admitted that immigrants made up a disproportionate number in several crimes, including sex offenses, even if he dismissed the study as "amateurish" and "angled."

This idea, however, was indirectly corroborated by Brå's own report, as the nation's metropolitan areas having the highest percentage of immigrants yielded the highest increase in rapes, with Stockholm having an increase of a whopping 29 percent, thrice the nation's average. Compared to 1996, the increase amounts to a staggering 400 percent.

"The increase is alarming and now we have to go from words to actions. It is obvious that today's measures and resources are insufficient for women to feel safe," Stockholm opposition council Anna König Jerlmyr of the Conservative Party told the national broadcaster SVT.

"Serious crime and rape problems are here to stay," Kristersson exclaimed in an SVT debate.

Earlier in January, the Swedish government tasked Brå with compiling a comprehensive survey on the reasons behind the rise in rape cases. However, it is currently unclear whether the future survey will overcome the comprehensive taboo on disclosing perpetrators' nationality, under which Swedish mainstream media and criminologists operate. Last time Sweden compiled a survey on the percentage of crimes committed by the foreign-born was in 2005, more than a decade ago. Additionally, it covered the period between 1997 and 2001, which is long before the mass-scale immigration of the recent decade, which brought dramatic changes to Sweden's demographics and society. Ever since, profiling by nationality has been considered unethical and offensive.

Overall, a total of 1.51 million crimes were reported in the nation of 10 million in 2017, which is an increase of 4,010 compared with the previous year.